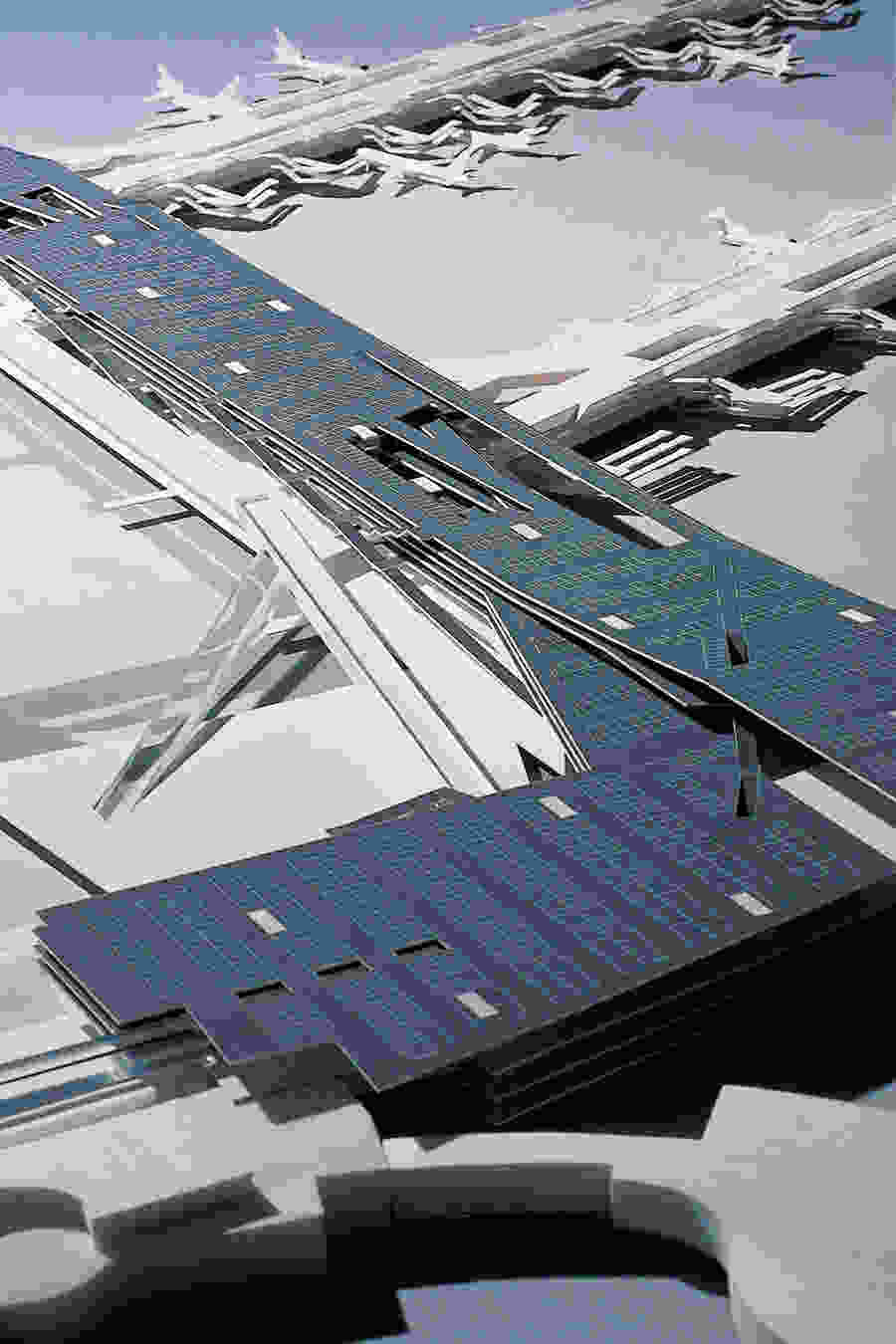 The brief of the competition calls for the spatial extension of the airport and a doubling of its capacity. Instead of inserting a battalion of parking spaces between the actual airport grounds, with its terminals, and the conglomeration of office and hotel buildings, which would cut the two spheres off from each other entirely, the ca park is set on the roof of the terminal building.

As a result, the airport is seen less as a facility devoted exclusively to the demands of air travel, and as a classic instance of a building with spatial boundaries and functional divisions, but rather as an open matrix of the most diverse, primarily transportation-oriented infrastructures.

Rather than the conventional airport hall, a 700-metre long ramp is planned to serve as a parking deck that will provide 8,000 spaces, while the entire range of the functional areas of the airport, as well as connections to public transportation lines, are arranged by floor on the three levels below.

In this way, the architecture succeeds in creating a visual synchronisation of various transportation processes, for the parallel flows of movement on all levels can be perceived from nearly every point in the complex, which offers a constantly changing overall panorama of contemporary mobility. The 130 metre control tower follows the same logic, involving layers of transportation and administrative uses stacked on top of one another, that is also found in the airport complex itself.

At the lower end of the delicate spindle are several stories of offices, while the control booth, with its 360 degree panoramic views, is positioned at the highest point to best fulfil its functions. With its spectacular inclined position and the uncommon support mechanism that will be used in hoisting and stabilising the tower, which would be assembled while lying on its side, this high-tech stairway to the sky is oriented towards the new landing strips. It provides unmistakable evidence of how functionality can be translated into contemporary allegory. 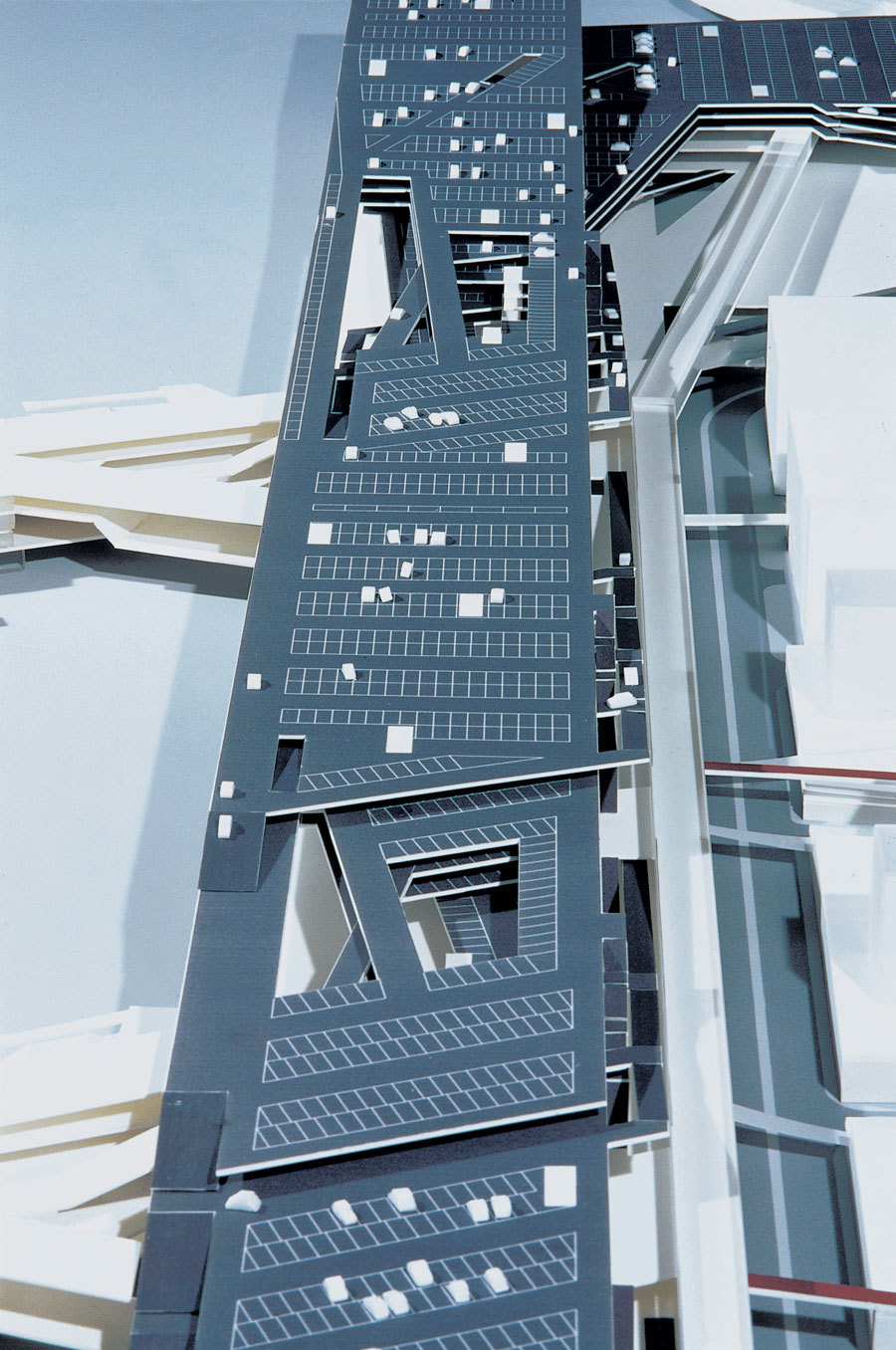 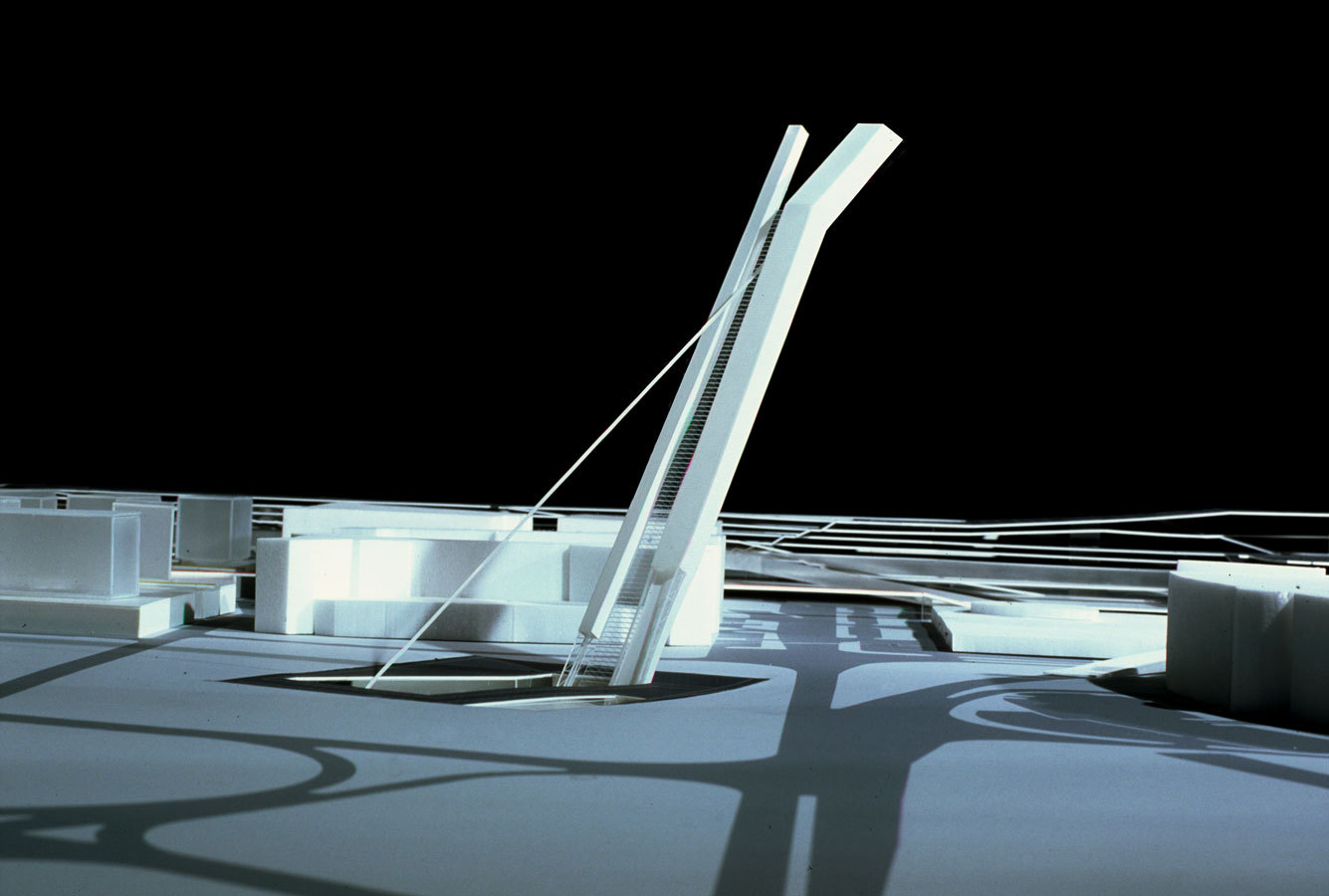 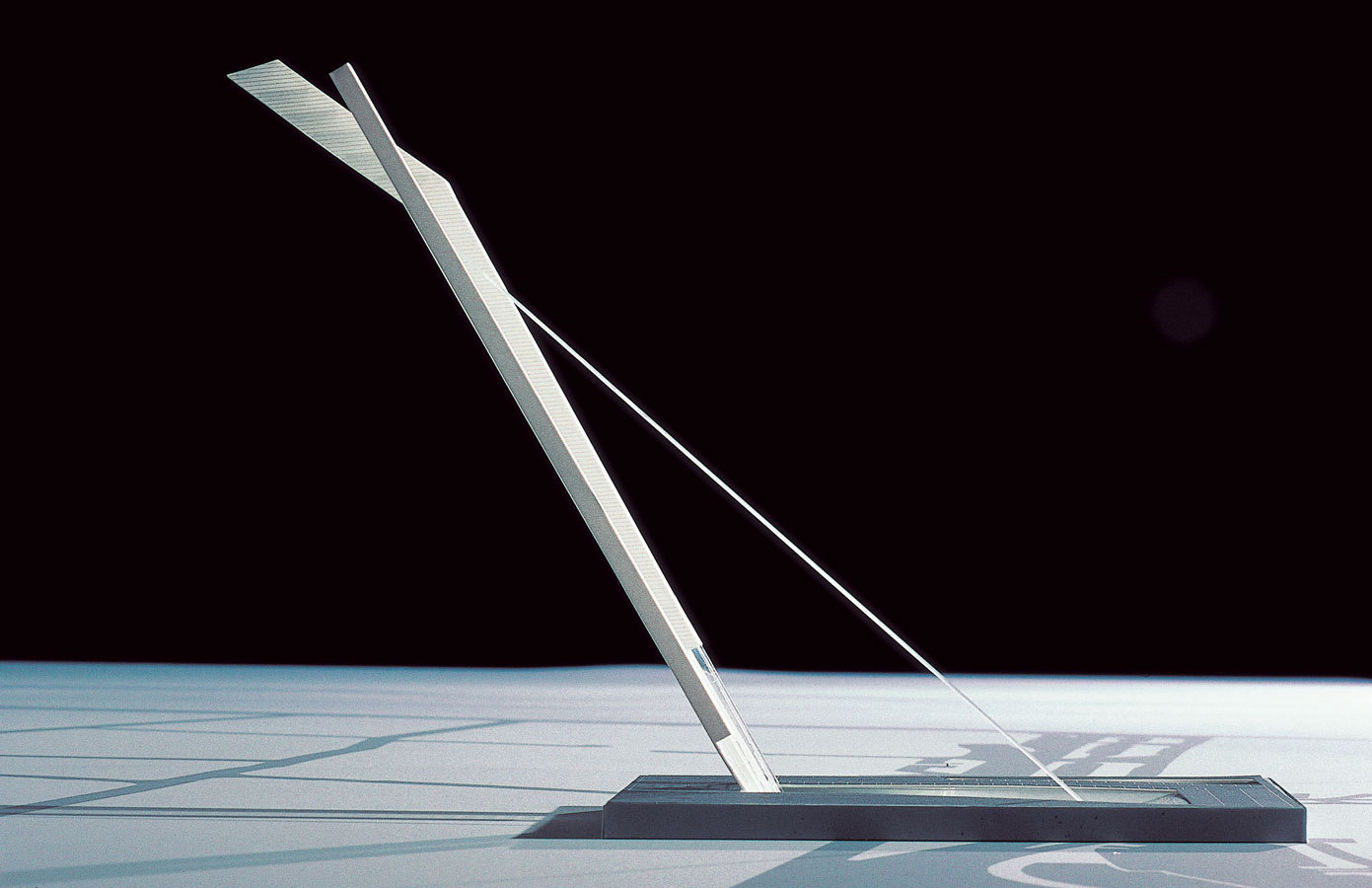 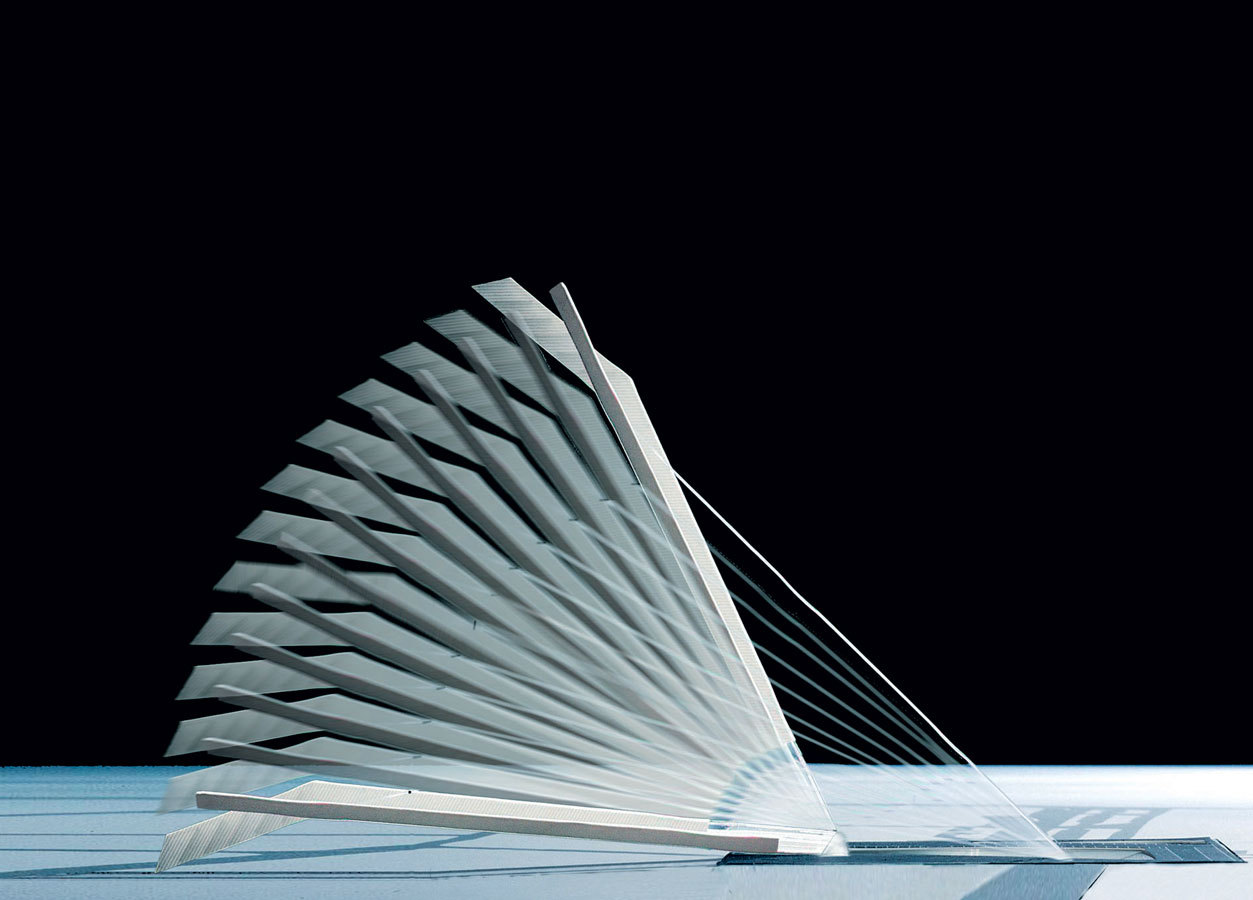 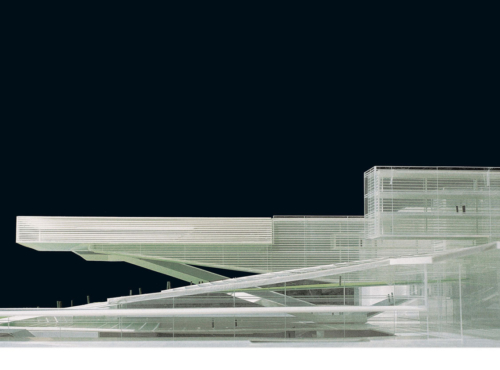