The new Haus für Film und Medien in Stuttgart has an open, inviting and communicative appearance. The key role of the façade is to combine maximum transparency with an ability to adapt in line with the building’s wide range of interior settings. The grille-like solar protection elements that extend from the façade enable it to fulfil this role by providing shade, while also opening up broad views into and out of the building. This transparency, together with the ability of the façade to act as a multi-media projection surface, allows the building to communicate with both the city as a whole and its immediate surroundings.

Inside the building, the investigation of film and media takes place along a clearly defined path lined with versatile surfaces that offer visitors and users the opportunity to engage in a wide range of activities.

At street level, the generous entrance stair of the Haus für Film und Medien merges with the public realm, creating a setting – based on the red carpet – for visitors to enter the building and rise to the foyer that is very consciously located on the “Bel Étage”.

The open restaurant space over which the building extends, protecting it from the rain, can also be understood as a further transitional zone between the building and the outside that invites passers-by to rest awhile in the open air.

The concentration of the upper levels in order to permit the setback of the base also allows the generous widening of Esslinger Straße in the direction of Leonhardsplatz and, as a result, creates valuable public space that can be used for a variety of attractions.

The organisation of the new building emphasises its orientation towards Leonhardsplatz, creating a fascinating relationship with the church that is located on the opposite side of the newly created, ground-floor-level HFM Plaza.

IN COOPERATION WITH
Wenzel + Wenzel GmbH

In order to optimise the transparency between inside and outside in the lower parts of the building, the two cinemas are placed as windowless volumes on the uppermost levels. The multifunctional spaces are located directly above the entrance level, which allows the educational, administrative, gastronomic, exhibition and waiting areas to be organised between these along a circulation route with a variety of spatial sequences. The visual relationship with the exterior and, in particular, the panoramic view of the city of Stuttgart plays a key role along the entire length of this route.

The building’s scenographic concept and architecture are closely linked. The mission of the HFM is to be a flexible, open facility and a container for a wide range of formats, which is also able to constantly reinvent itself. Four spatial, programmatic elements placed in the hand of the curators are conceived to enable them to reinterpret and use the building successfully. As the crown of the building, the Vision Box communicates this vision and mission to the world. The underside of the slab (the Atmospheric Ceiling) above the foyer and the space in front of the building (the Interactive Square) are an extension of the Orientation Wall and connect interior and exterior. Together with the Vision Box, these elements communicate holistically to the outside. The architecture itself provides the freedom for flexible interpretation and programmatic diversity. Rather than creating design elements, we create voids and, thus, the opportunity to fill these anew, time and time again.

The façade of the new Haus für Film und Medien is divided into three parts that reflect the internal structure of the building: The two-storey upper element and the functions behind it, which only require temporary daylight, appear closed and monolithic to the outside and subtly communicate with the city and the immediate neighbourhood with the help of the LED modules integrated into the broad grid. The horizontal layering of the three functional levels below this, with their exhibition, educational, gastronomic and office spaces, is realised in the form of prefabricated, strip windows with fixed glazing and a 125-cm grid. Rigid metal grilles positioned in front of this provide permanent solar protection while framing a series of views of the city from the interior of the building that recall a cinematic sequence. The integrated glare and solar protection and blackout blinds enable the individual spaces behind the transparent façade to be flexibly adapted in line with changing needs. The foyer and restaurant areas in the recessed base are equipped with floor-to-ceiling glazing that opens up views from the city deep into the building and vice versa. This also optimises the visual effect of the LED grid on the underside of the slab above the entrance level.

A notable feature of the building is the generous cantilever of the topmost five floors in two directions. This is facilitated by a continuous steel frame. This lightweight frame structure gains its static height from the upper two floors and serves as a deformation-resistant and cost-effective means of suspending the cantilevered floor slabs. All structural elements have a large degree of prefabrication, can be swiftly assembled in situ in a way that minimises CO2 emissions and can also be non-destructively dismantled at a later date. In the spirit of the circular economy, these components can be completely reused or recycled, virtually waste free. 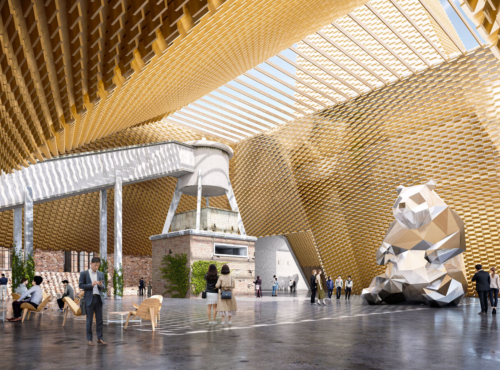 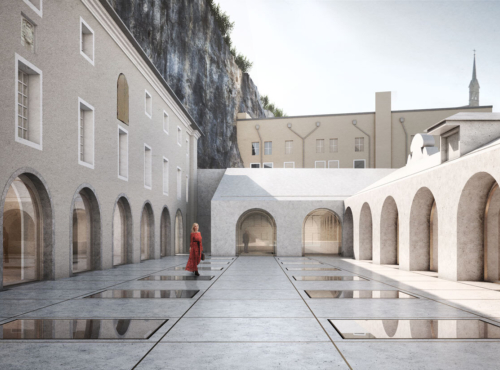 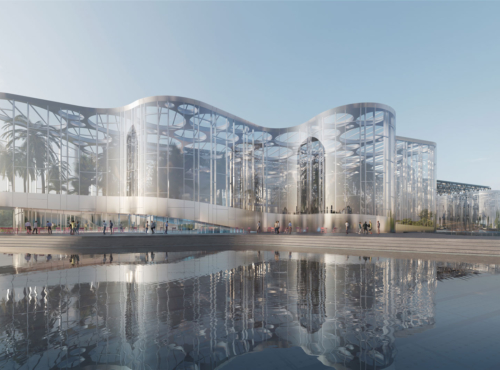 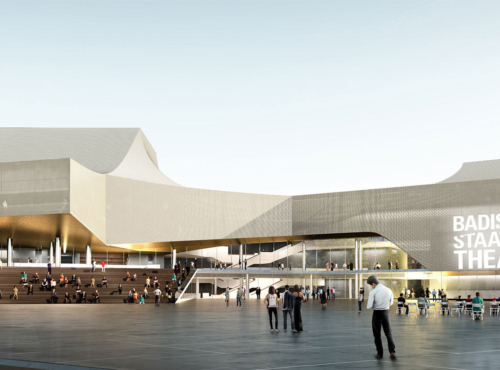 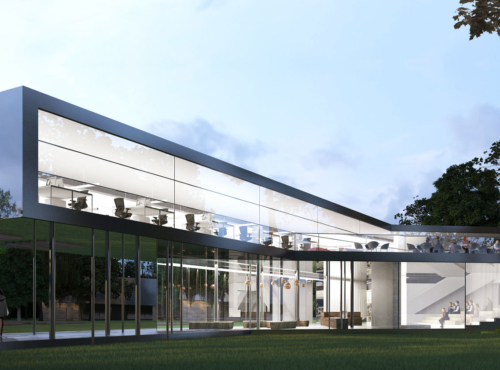 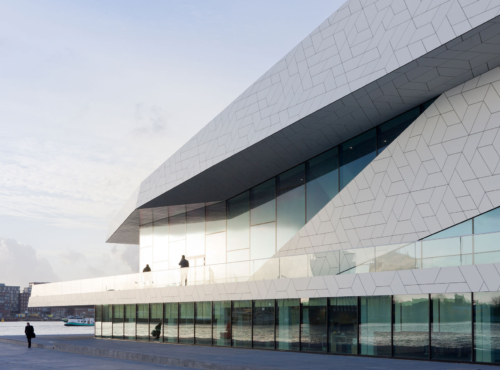 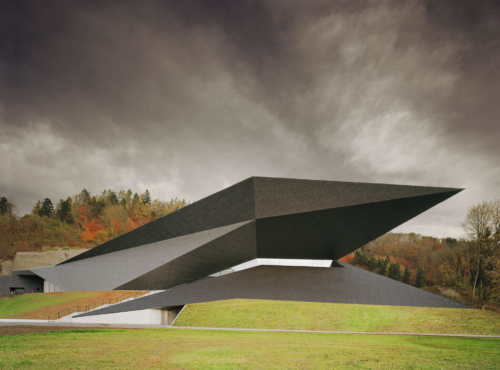 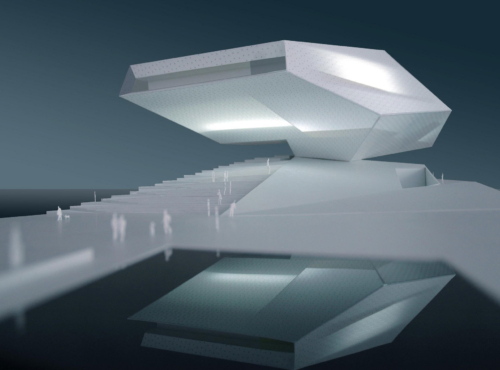 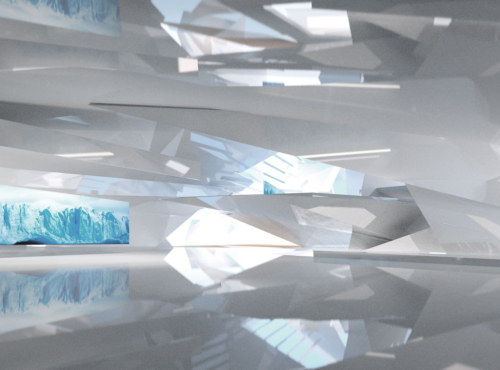