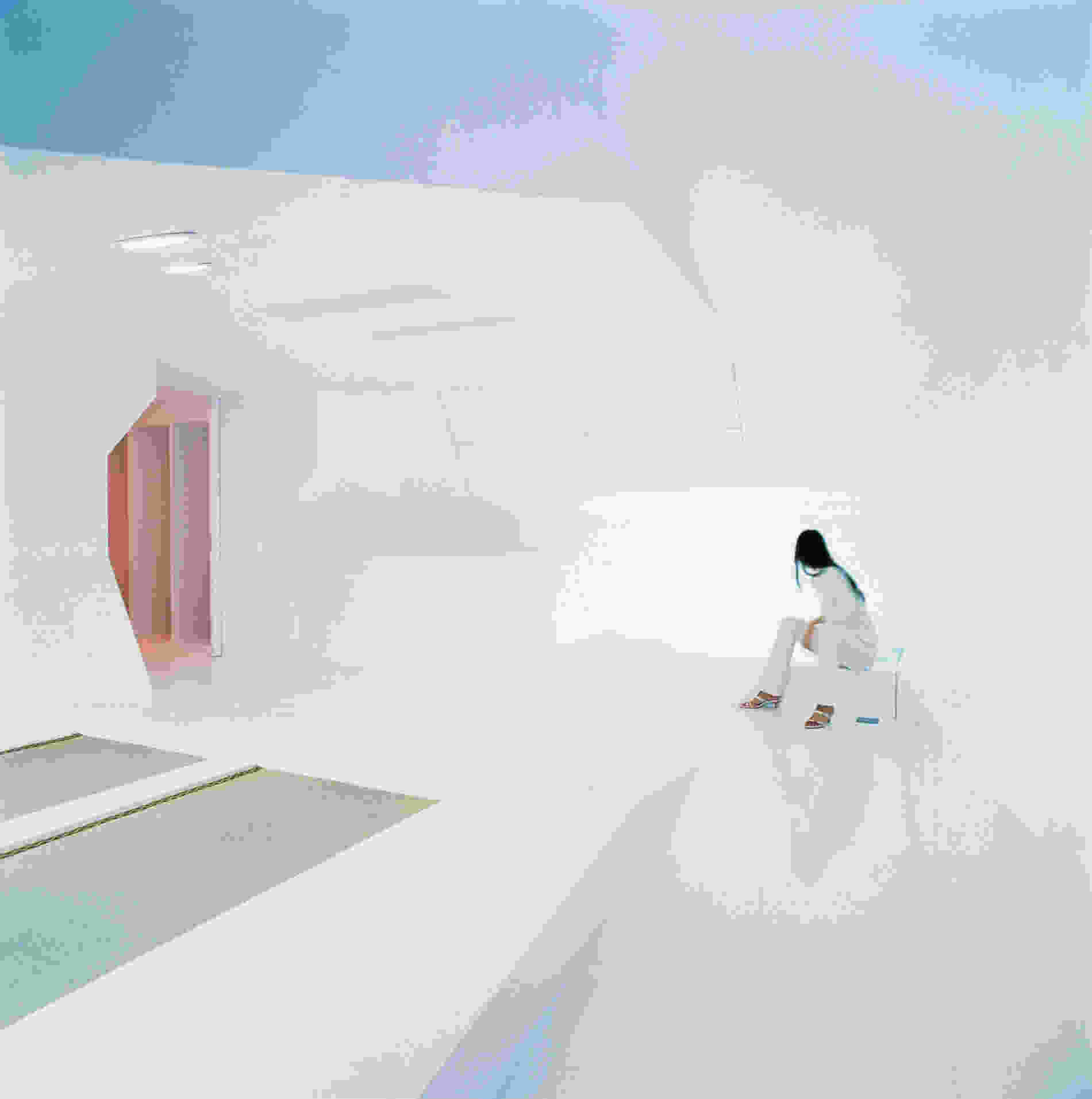 On the Point of Departure
In view of China’s rapidly growing architectural development it seems for us an obvious decision to give the fast pace and dynamics of these processes spatial expression. The uninterrupted change that Beijing's cityscape is constantly subjected to has an almost virtual character that is nevertheless also in accord with the reality of the construction industry. This strong interest of ours in the contrast between such seemingly irreconcilable concepts as speed and contemplation or virtuality and reality is reflected in our architectural work and also forms the basis of this design.

On the Concept
The apartment is conceived as a flowing spatial continuum. This is achieved via a multitudinously convoluted crystalline “furniture landscape”, the floors, ceiling, and walls being incorporated in all spaces as equal parameters. The given spatial layout is undermined, though not actually negated, by this “architecture of transition”, while the classical linear spatial boundaries expand, unfolding themselves and becoming perceptible as great convolutions.

To support the design idea, all surfaces shall be produced in one piece and in uniform color (white) and haptic continuity.

Converging here is the tensely contrast of an architecture that on the one hand possesses in its dynamics a strong spatial presence while on the other hand appears to be a diffusely bright spatial configuration that must first be discovered, and experienced by the observer.

The Visitor as Participant
Within this seemingly virtual architectural world that unfolds before us in the spaces of the apartment the visitor plays an important role, for ultimately it is his/her presence that produces the highly charged field between real physicalness and virtual space. At the same time the user is being challenged to reexamine his/her sense of reality in relation to architecture and to its corporal ability to be experienced, urged to orient himself in the newly created spatial layout and to take a clear position.

Our aim with this spatial concept is to explore to what extent architecture can go beyond its usual manifestations of appearance, both in respect to transcending classical spatial bounds and their standardized forms as well as in respect to its power to challenge people to strive for more than mere utility in a search for a holistic, sensuously experienced interaction with their environment. 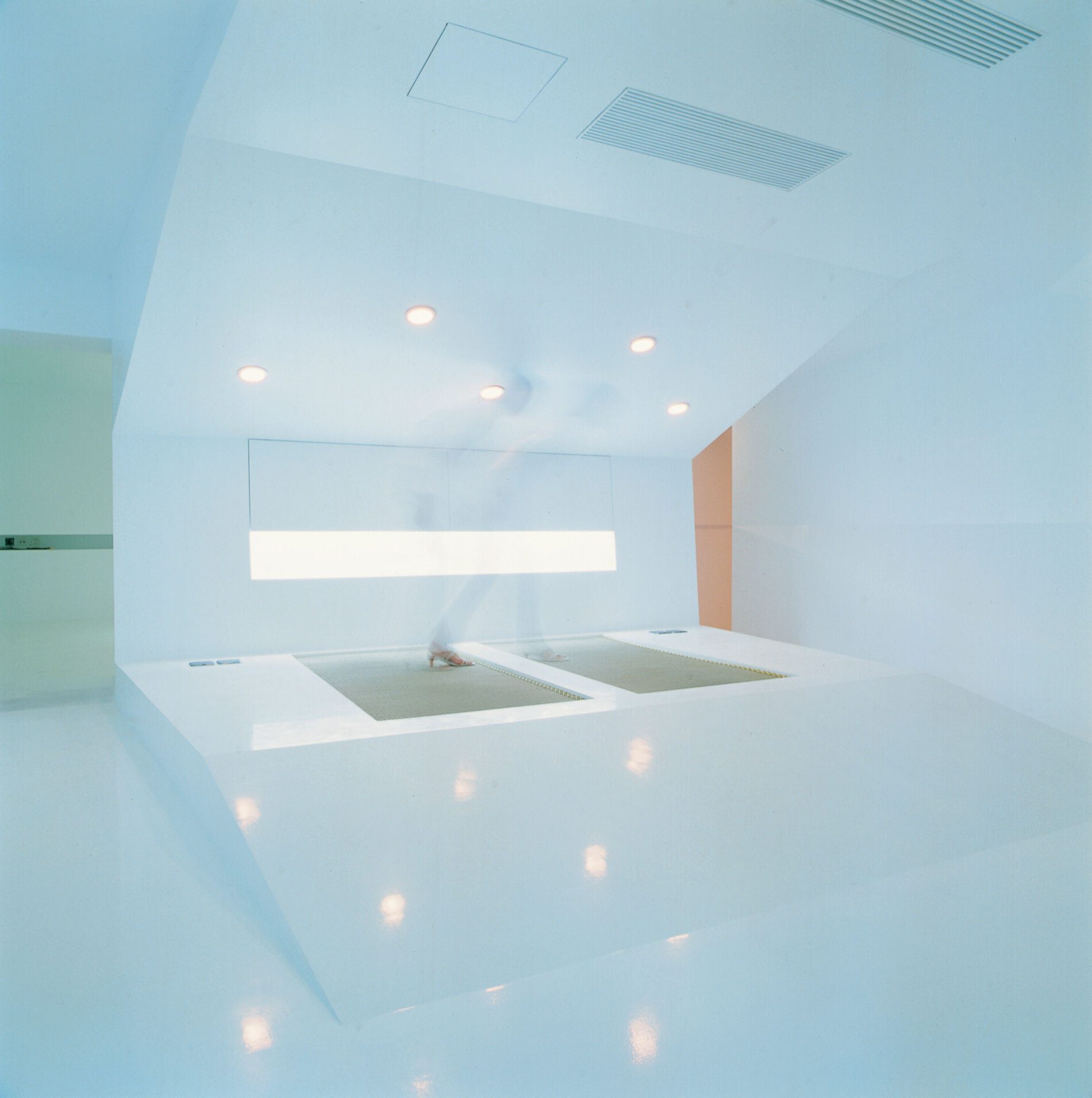 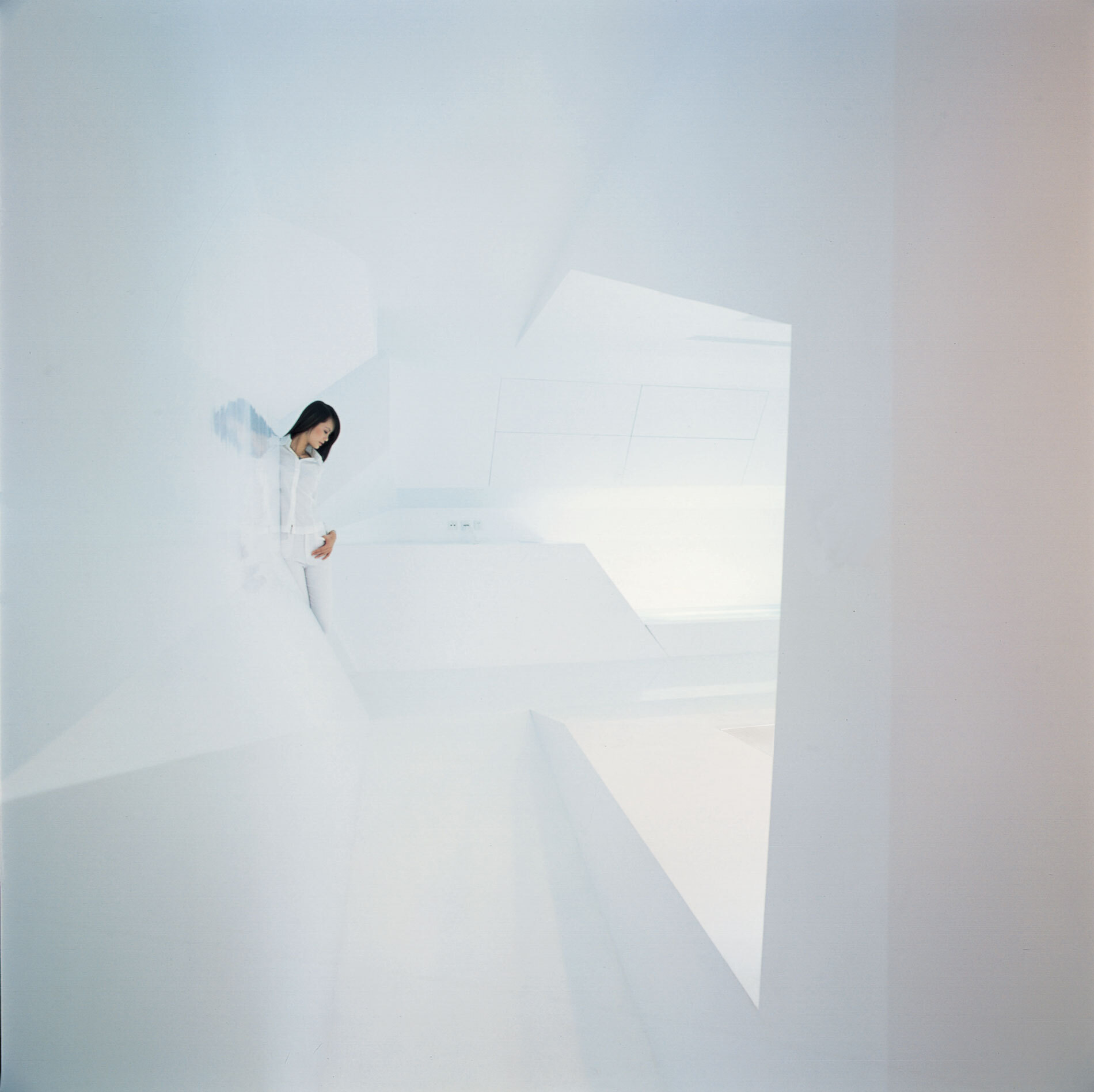 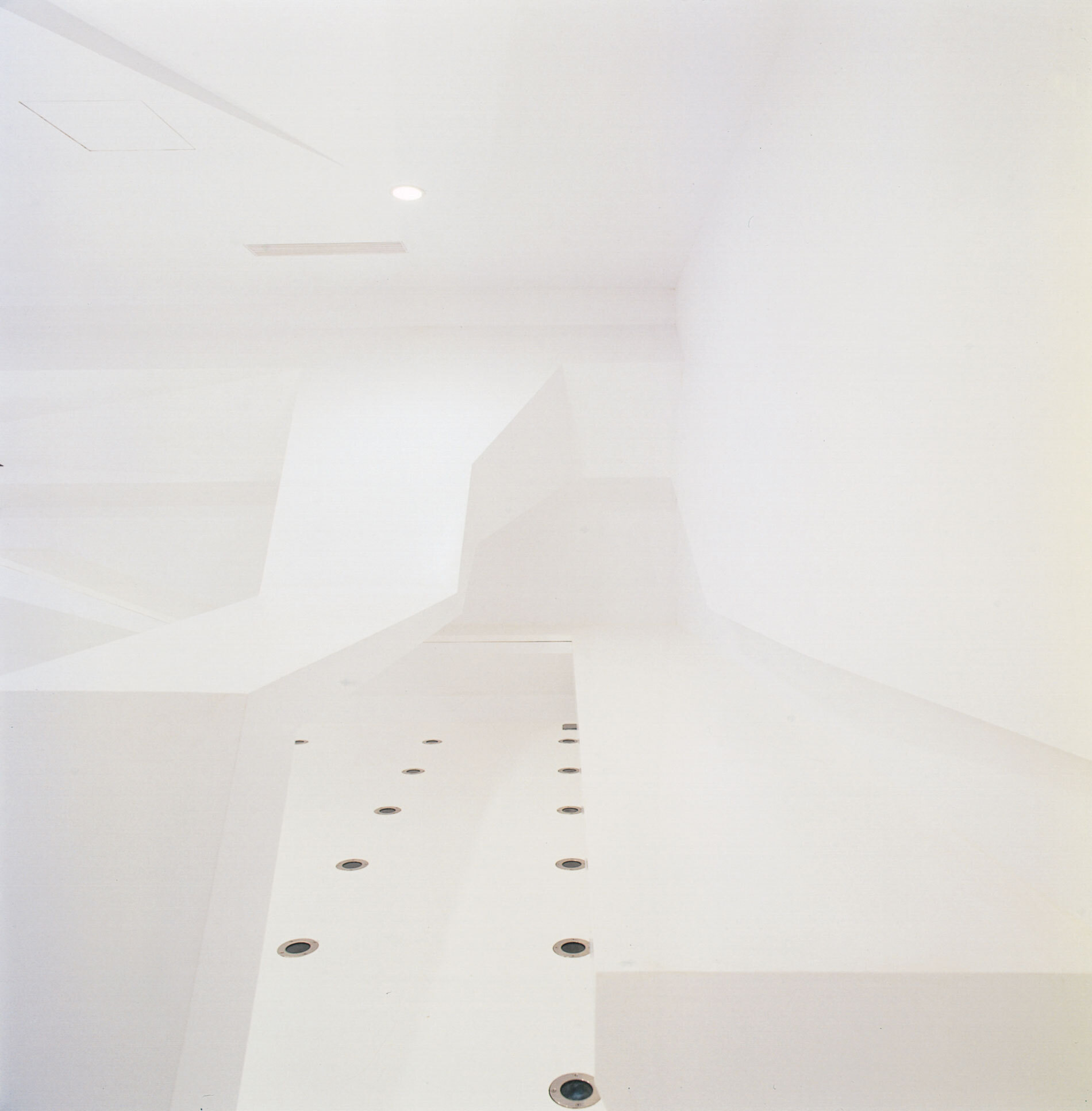 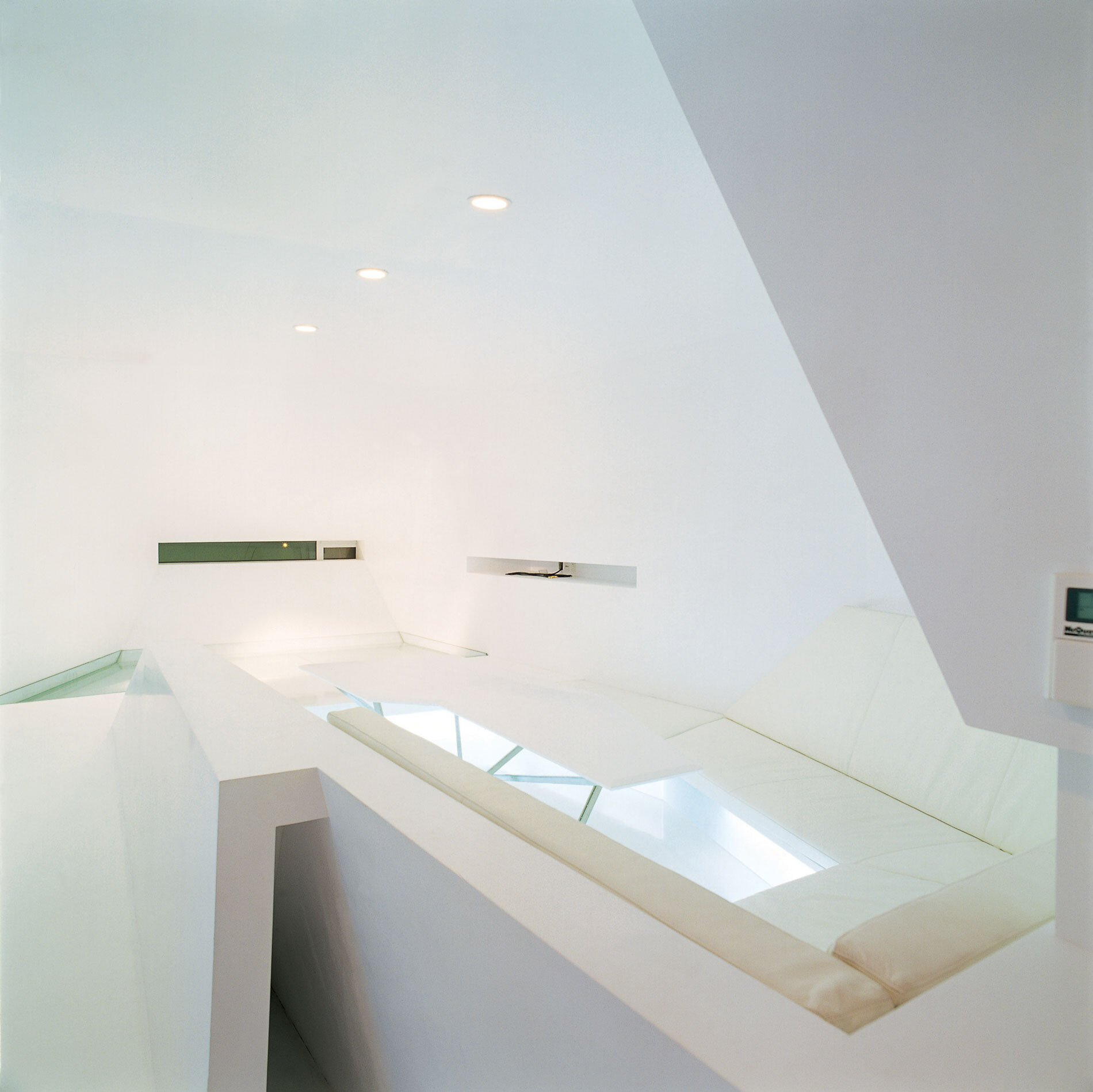 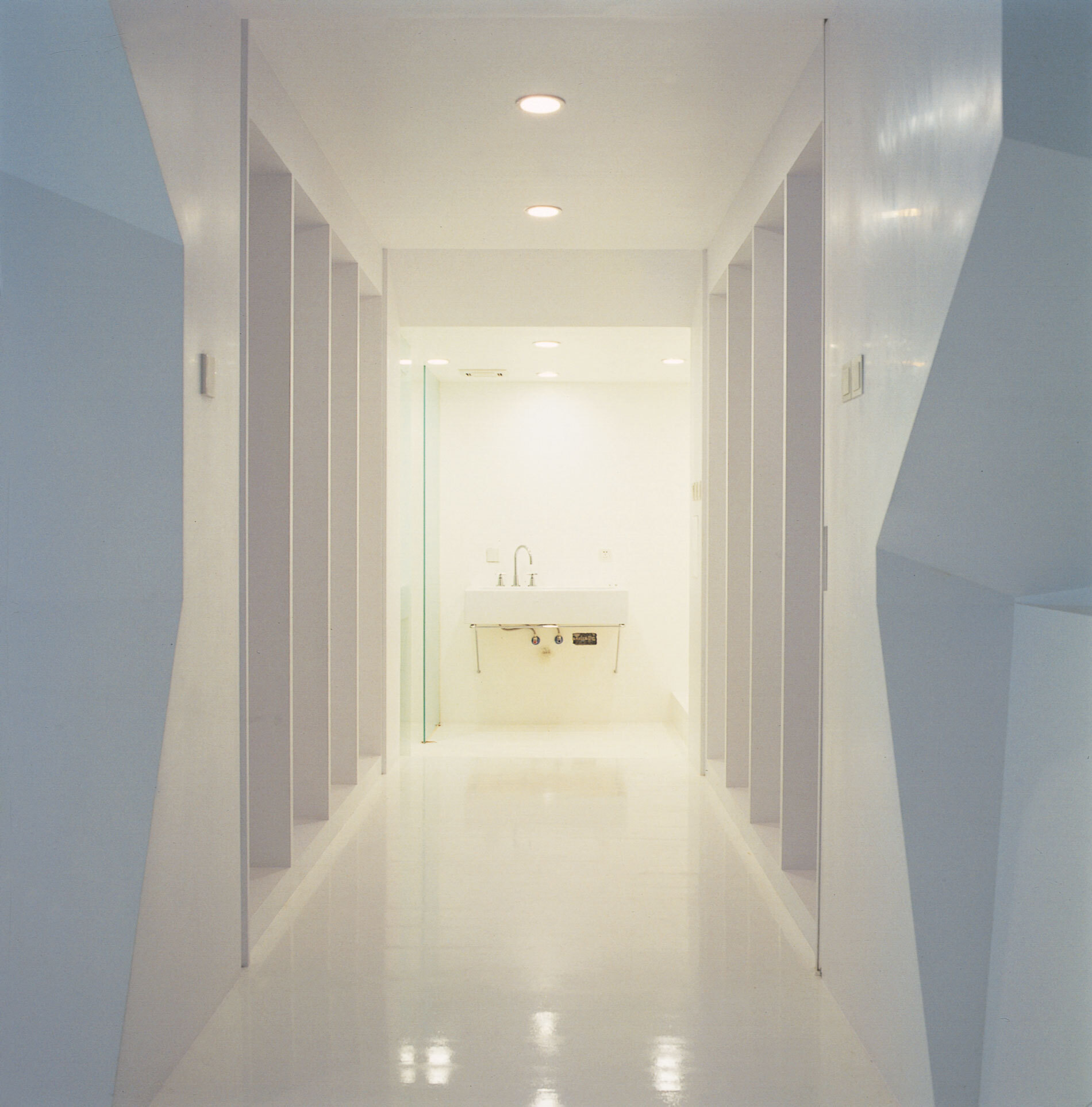 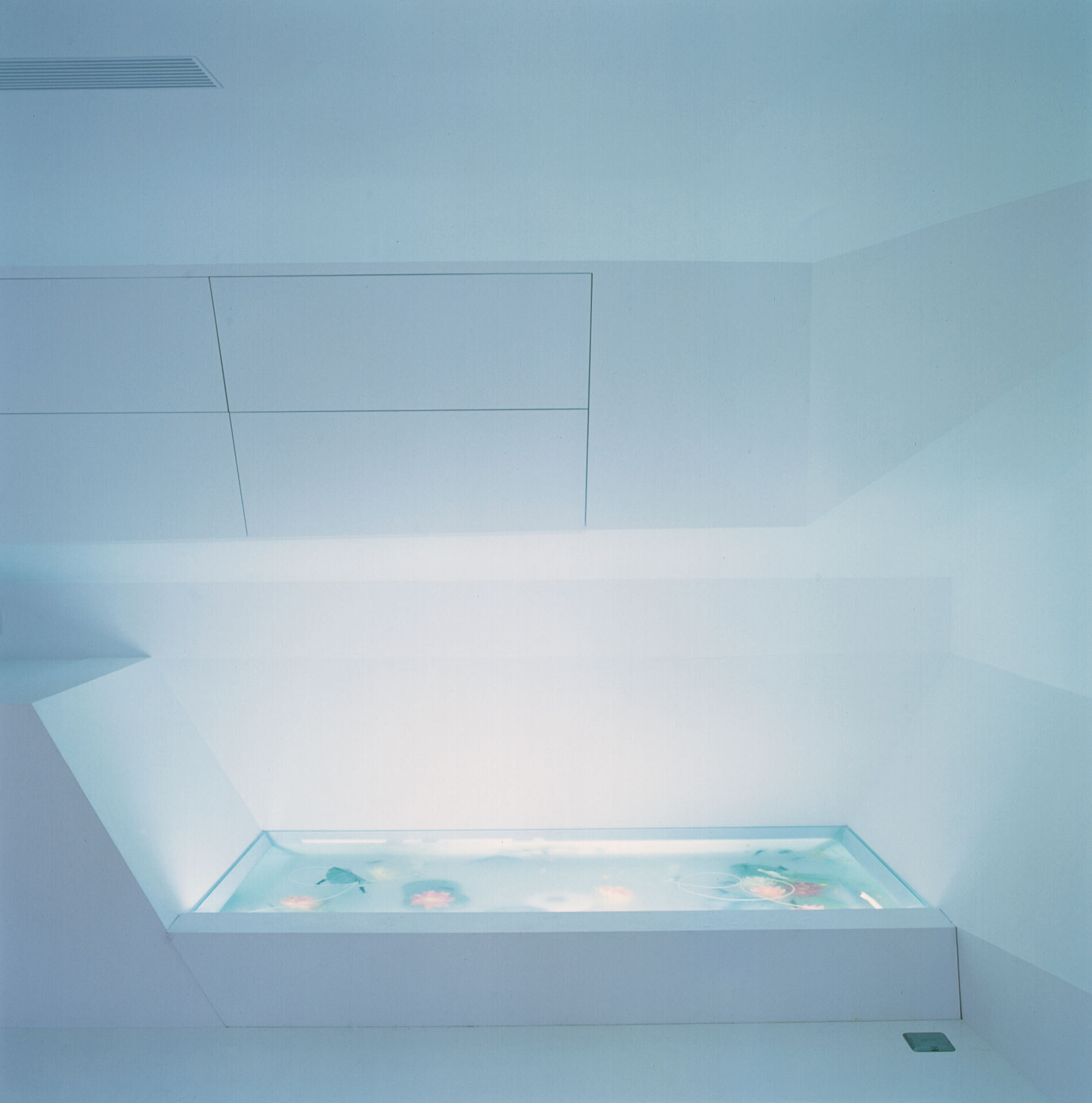 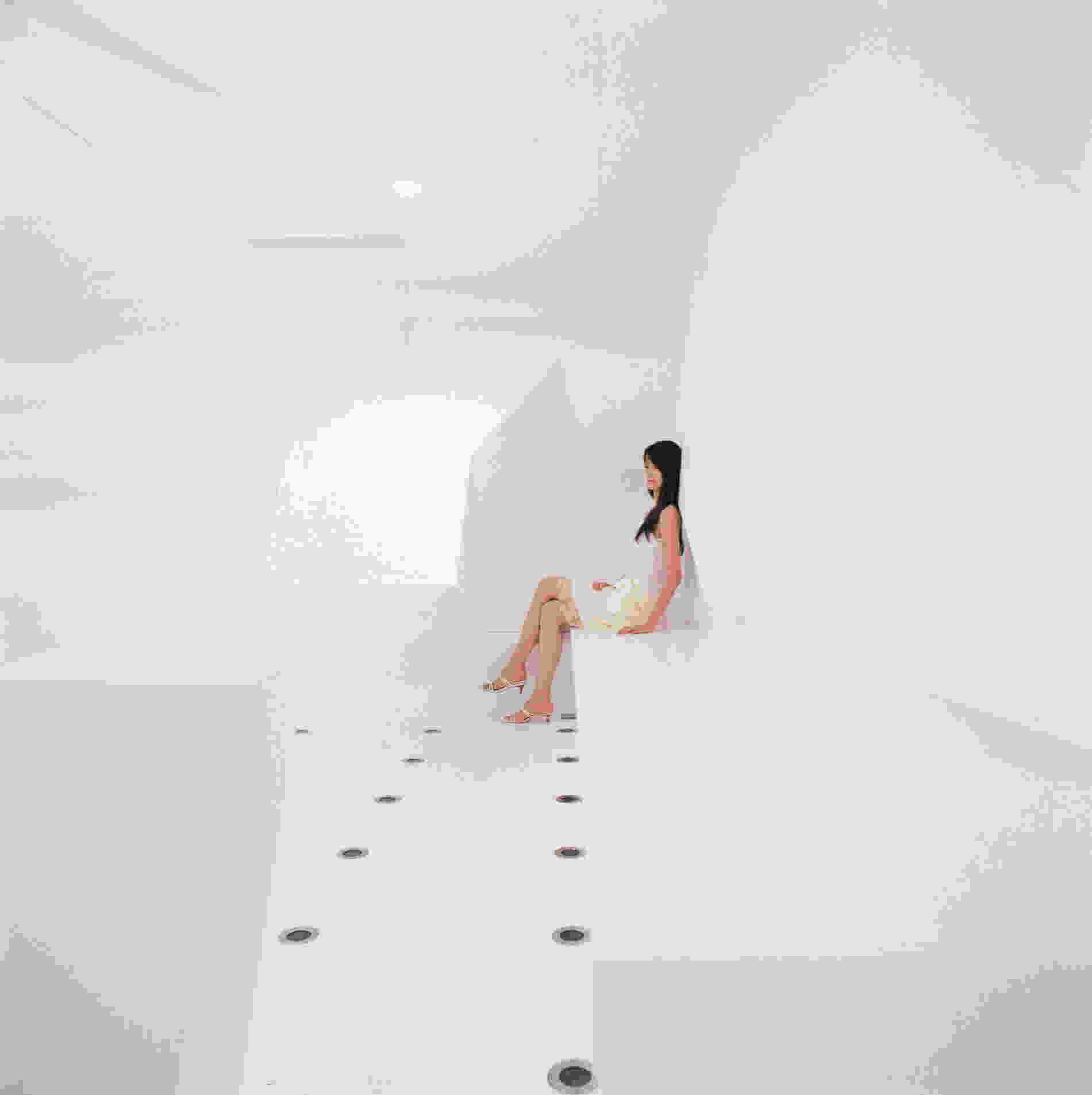 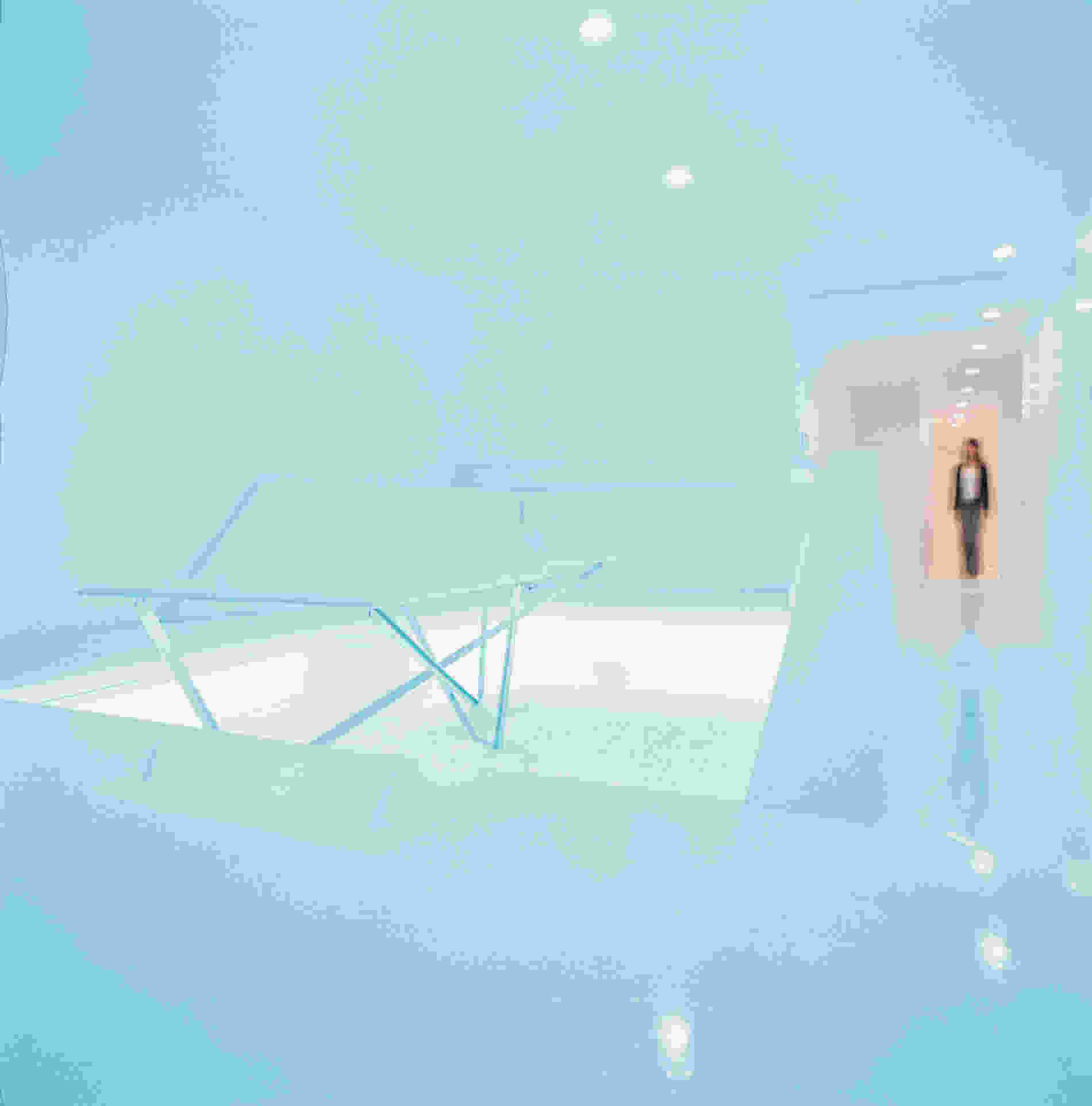 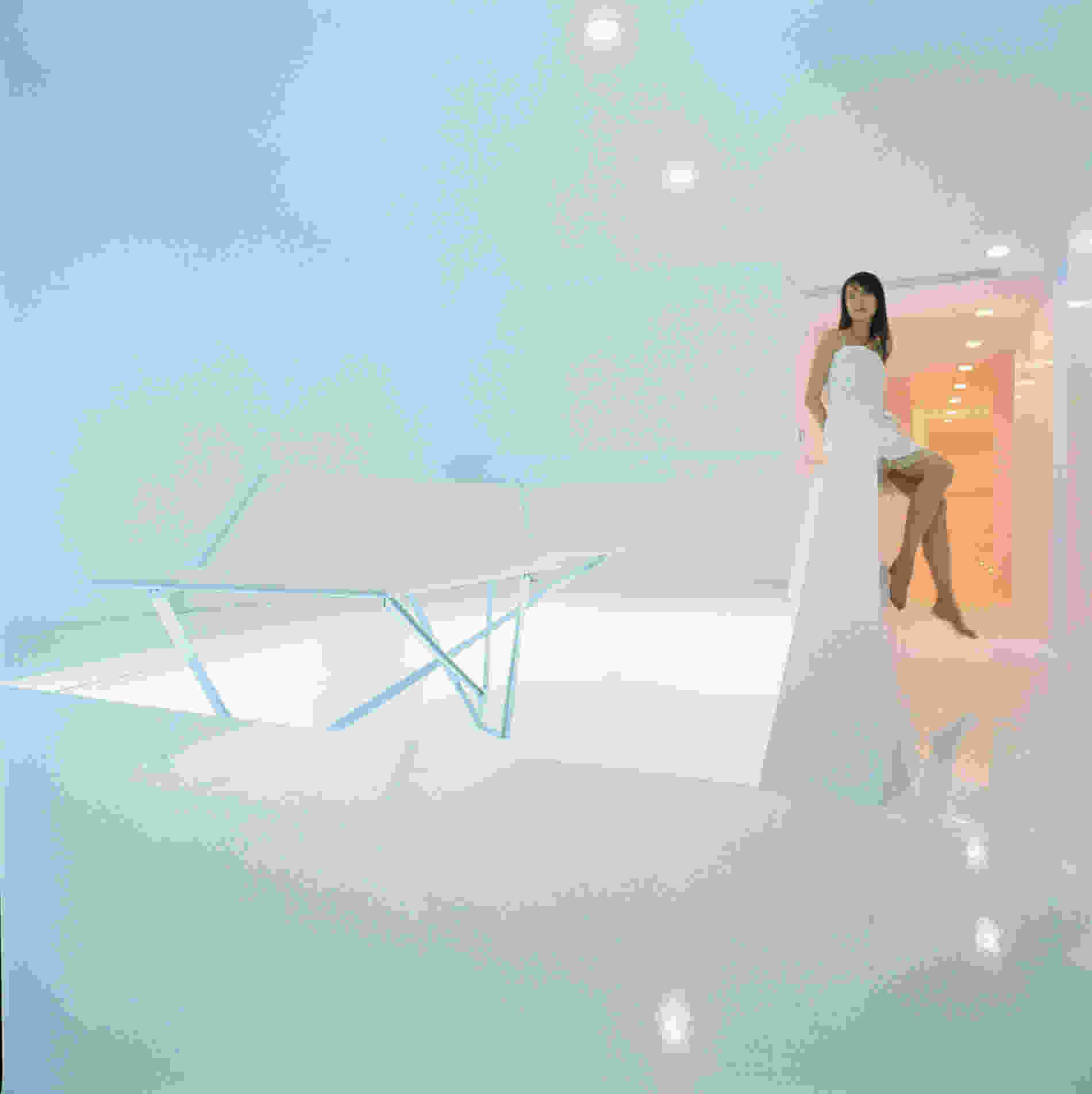 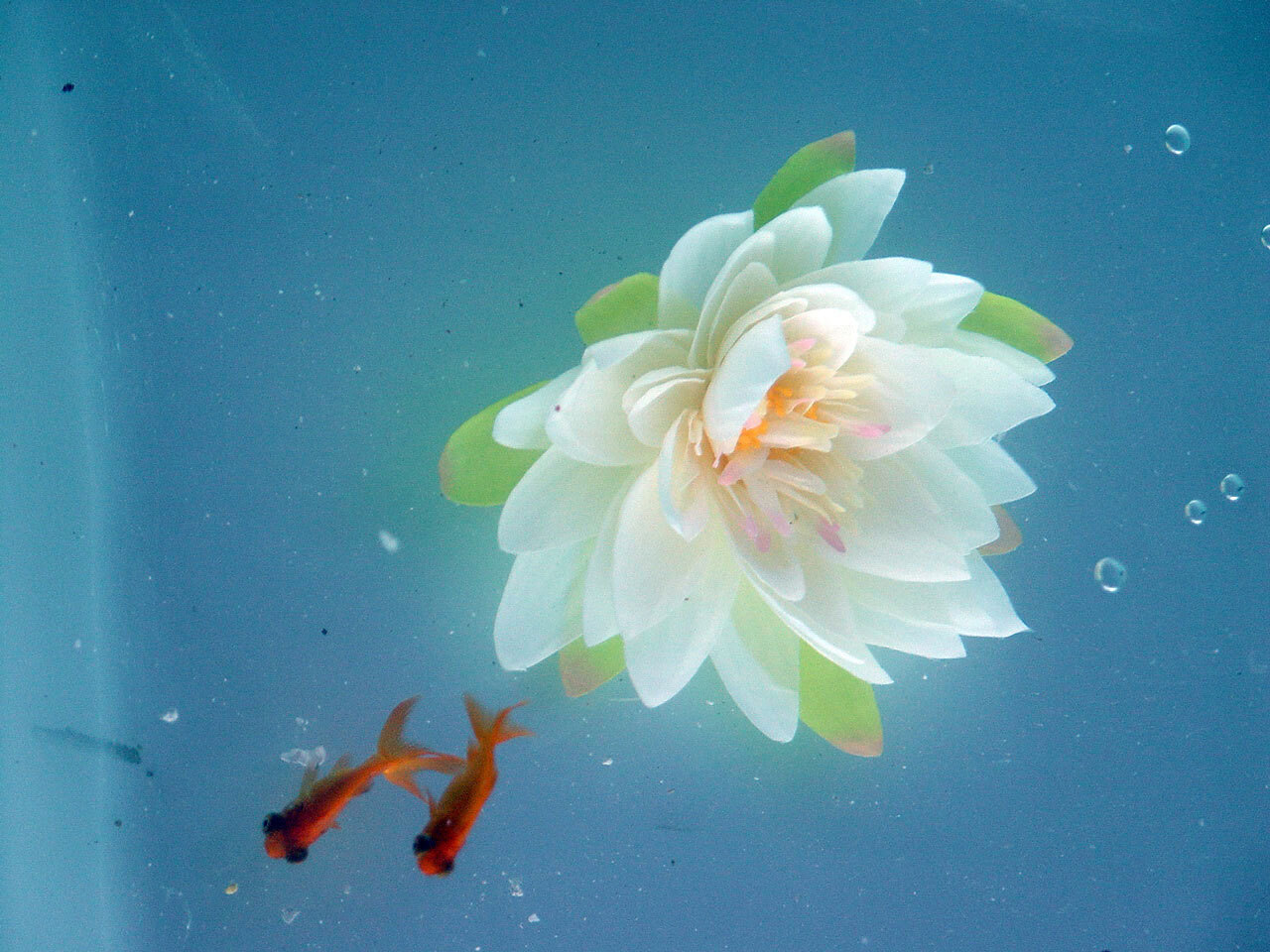 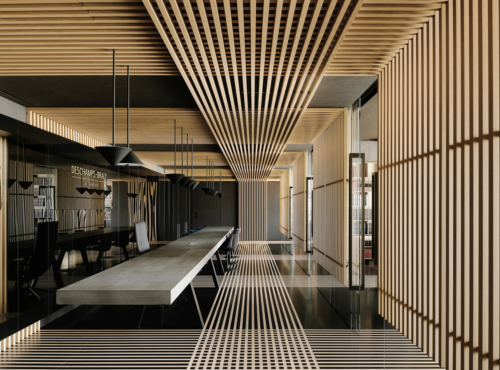 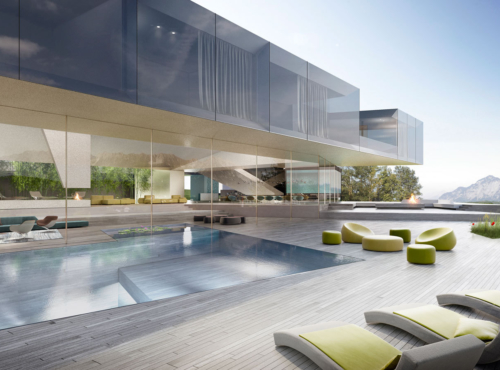 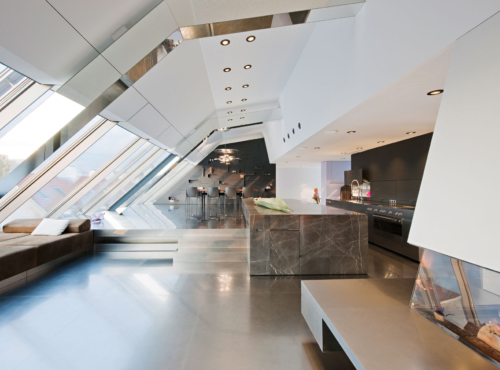 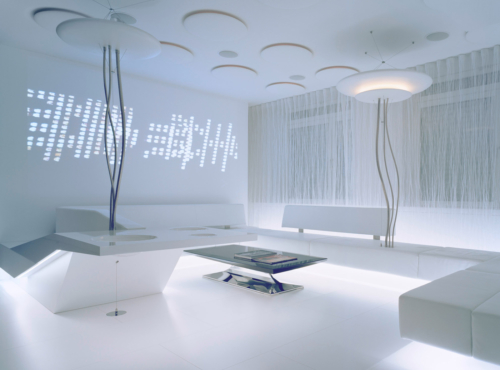 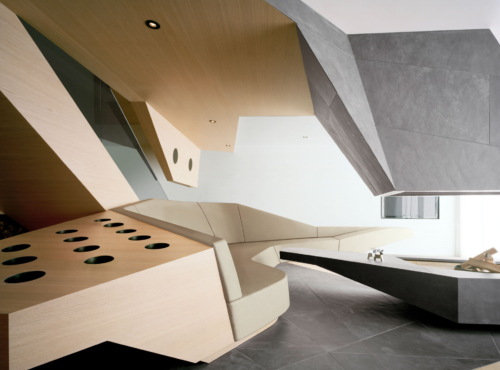 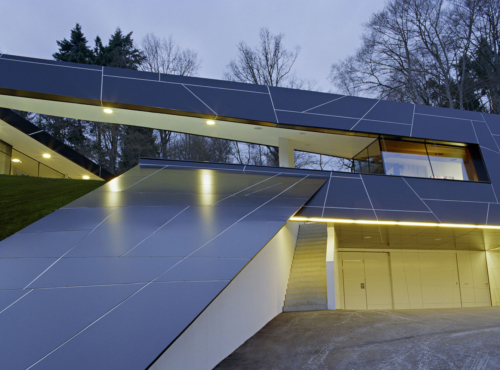