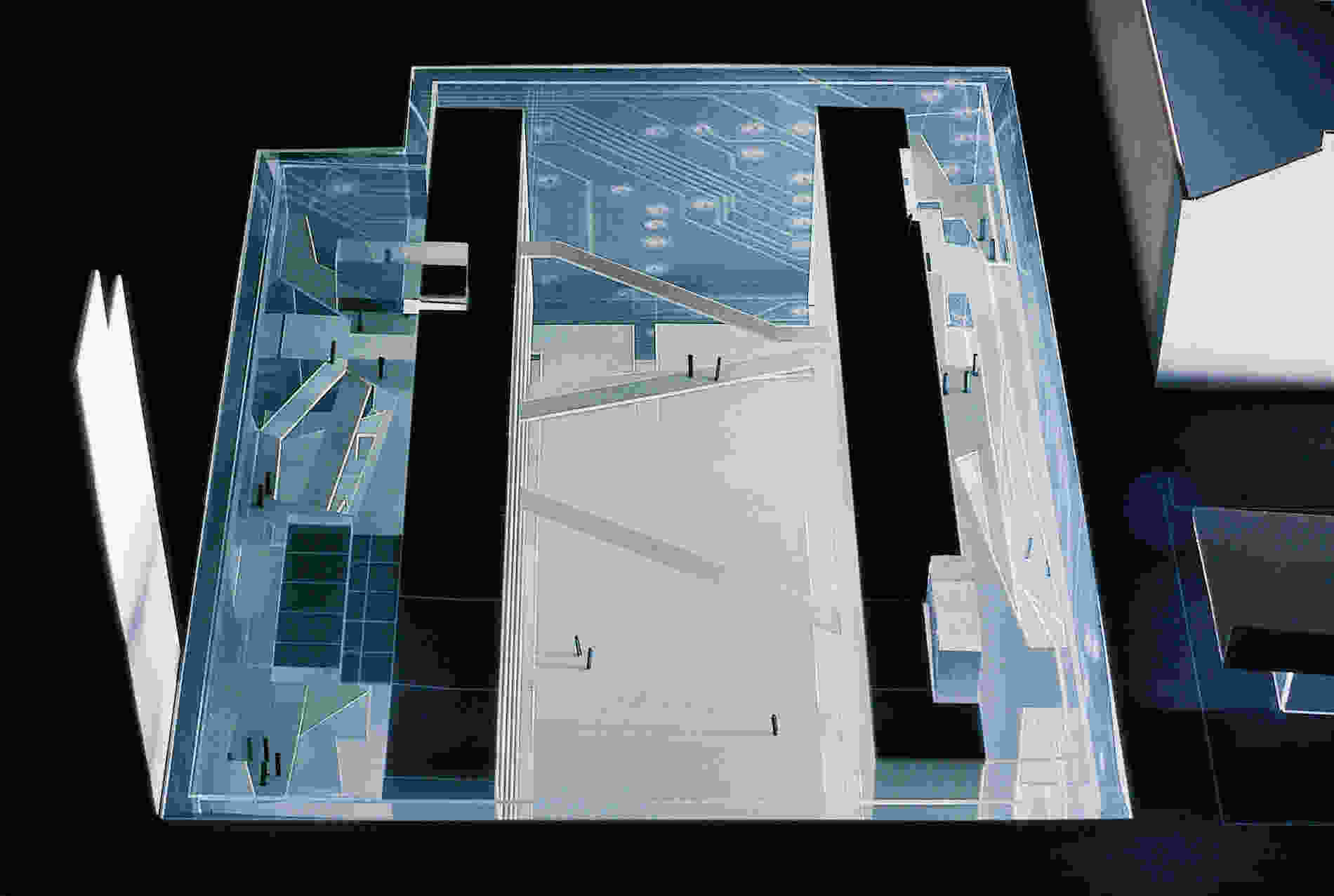 The Agenzia Spaziale Italiana ASI (Italian Space Agency) is the research and administration centre for Italian space travel at light speed. It organizes exhibitions and events for a broad audience. The competition brief sought a building situated in the historic city centre of Rome, flanked by prominent exponents of contemporary architecture, which would grant highest degrees of security and discretion, as well as possess strong public presence. The building is situated underground and relates only to itself, as if floating somewhere in outer space. A space station in the middle of a metropolis; utopia in the present.

The two entrance areas are visible on the ground floor. The exhibition space is situated on the first level and is provided with a higher ceiling. Administration and research areas are located on four levels under the ground. Beneath lie two levels of underground parking. Two parallel building wings can be accessed through staircases and elevators in the courtyard, which is traversed by several diagonal connection paths. A skin of ranking vegetation covers the glass architecture and acts as growing packaging. Genetically manipulated plants grow out of pots with no earth. The tight functional and topographical conditions are met with an “invisible” design which nearly places the whole complex beneath the visible urban threshold. It is only revealed after closer inspection, disclosing a spectacular manifestation. 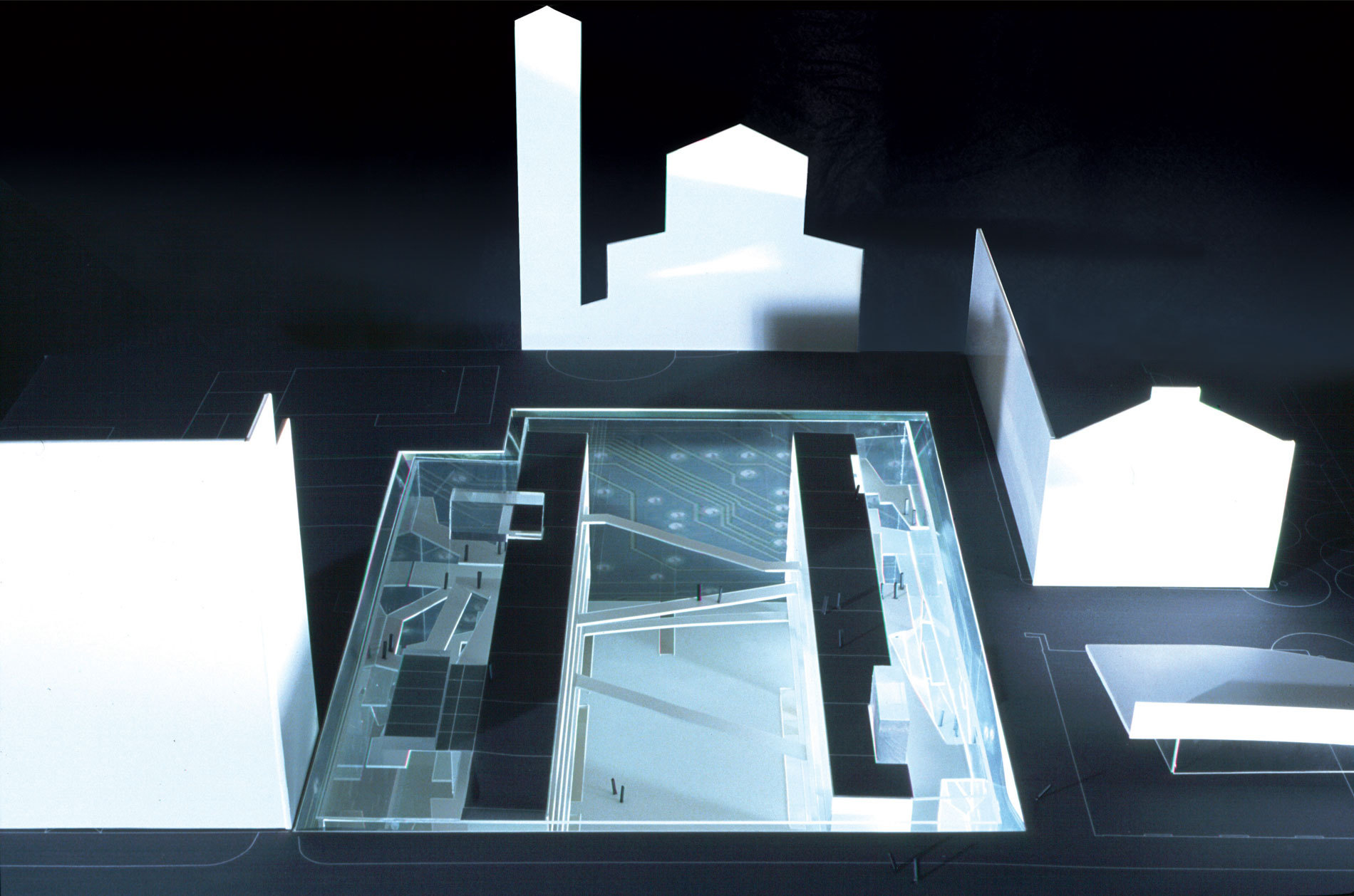 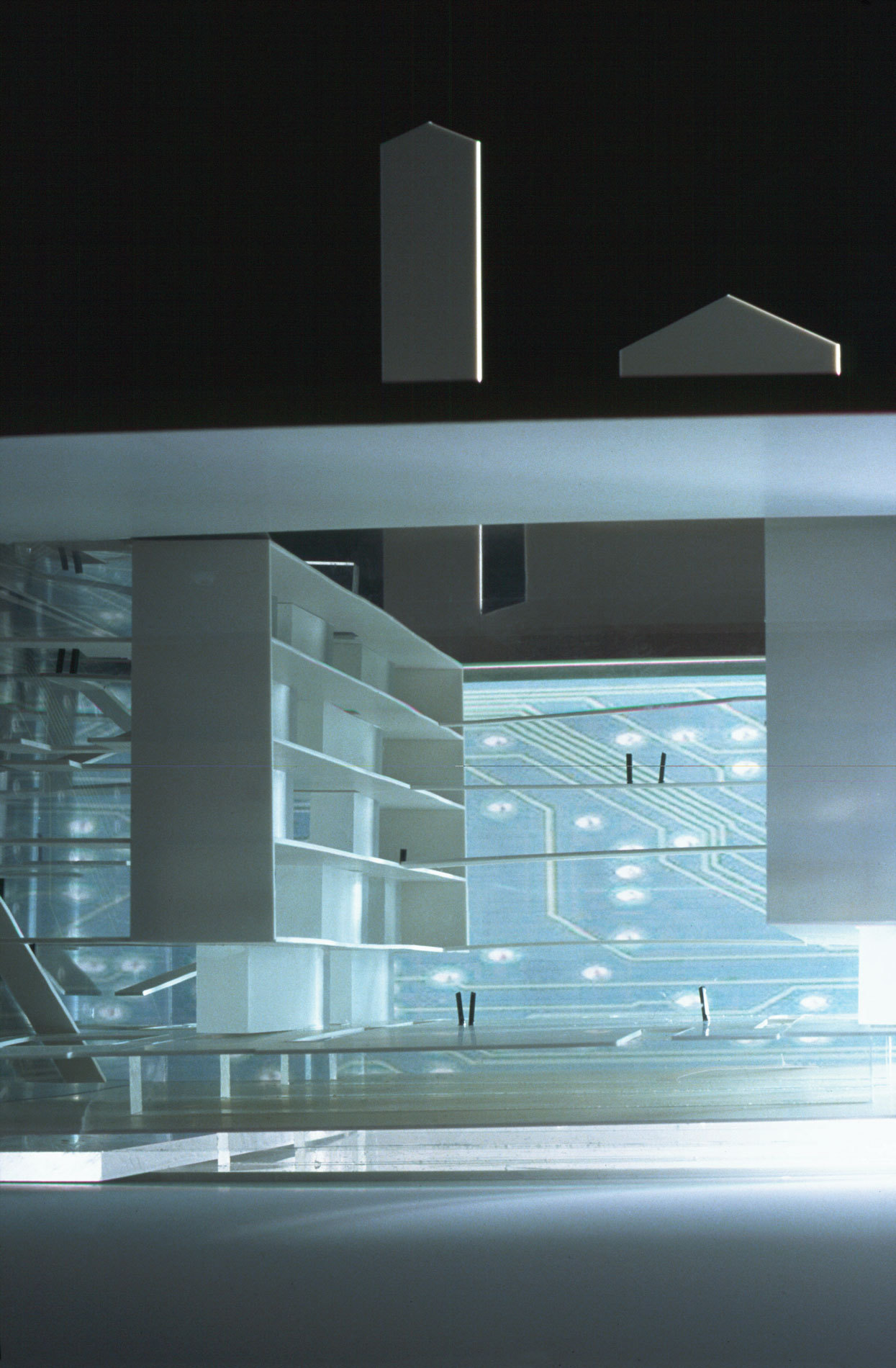 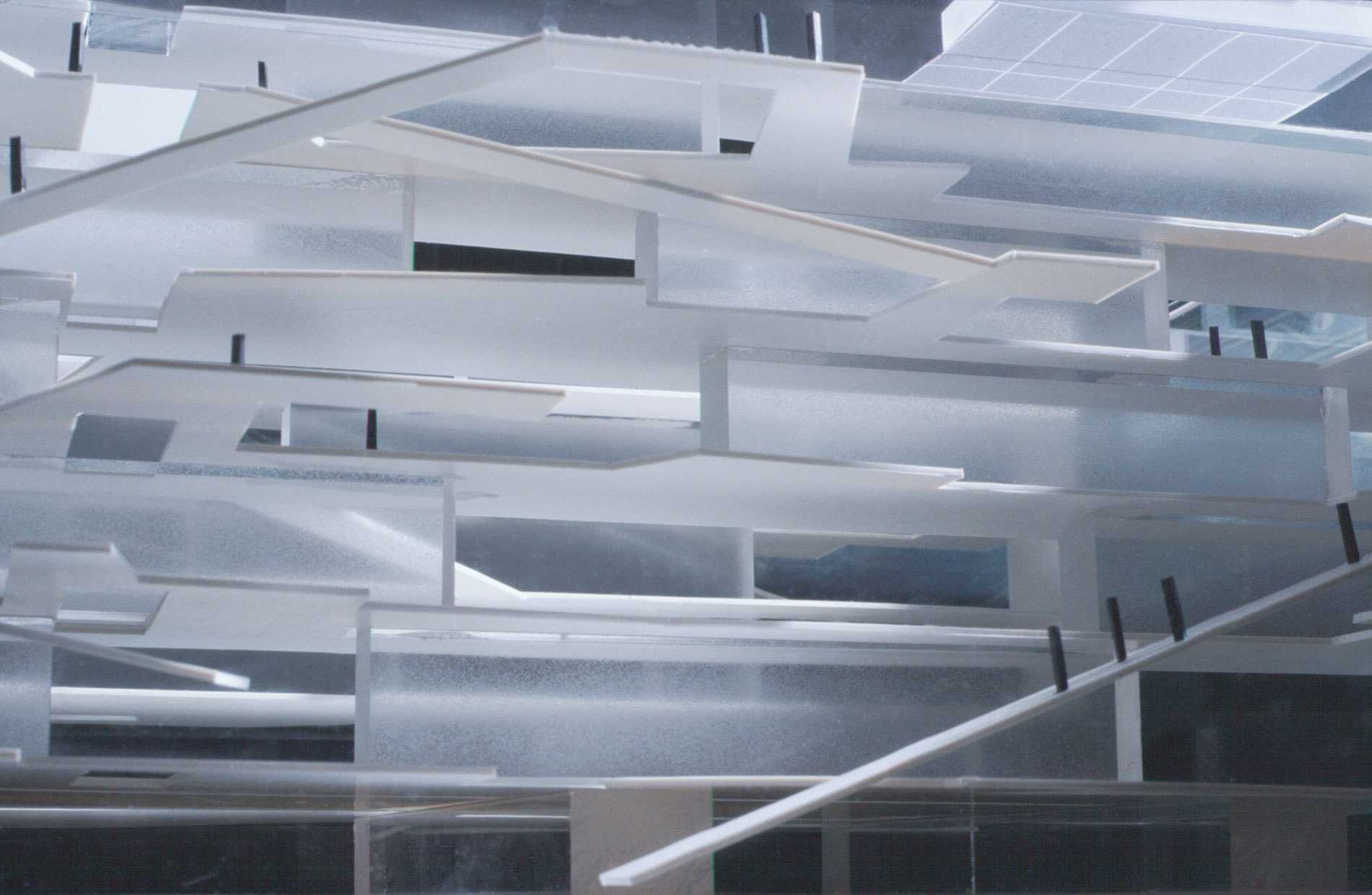 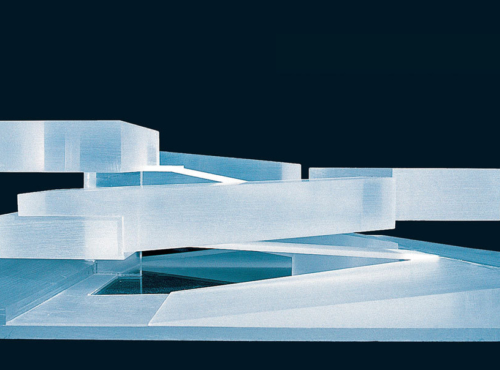