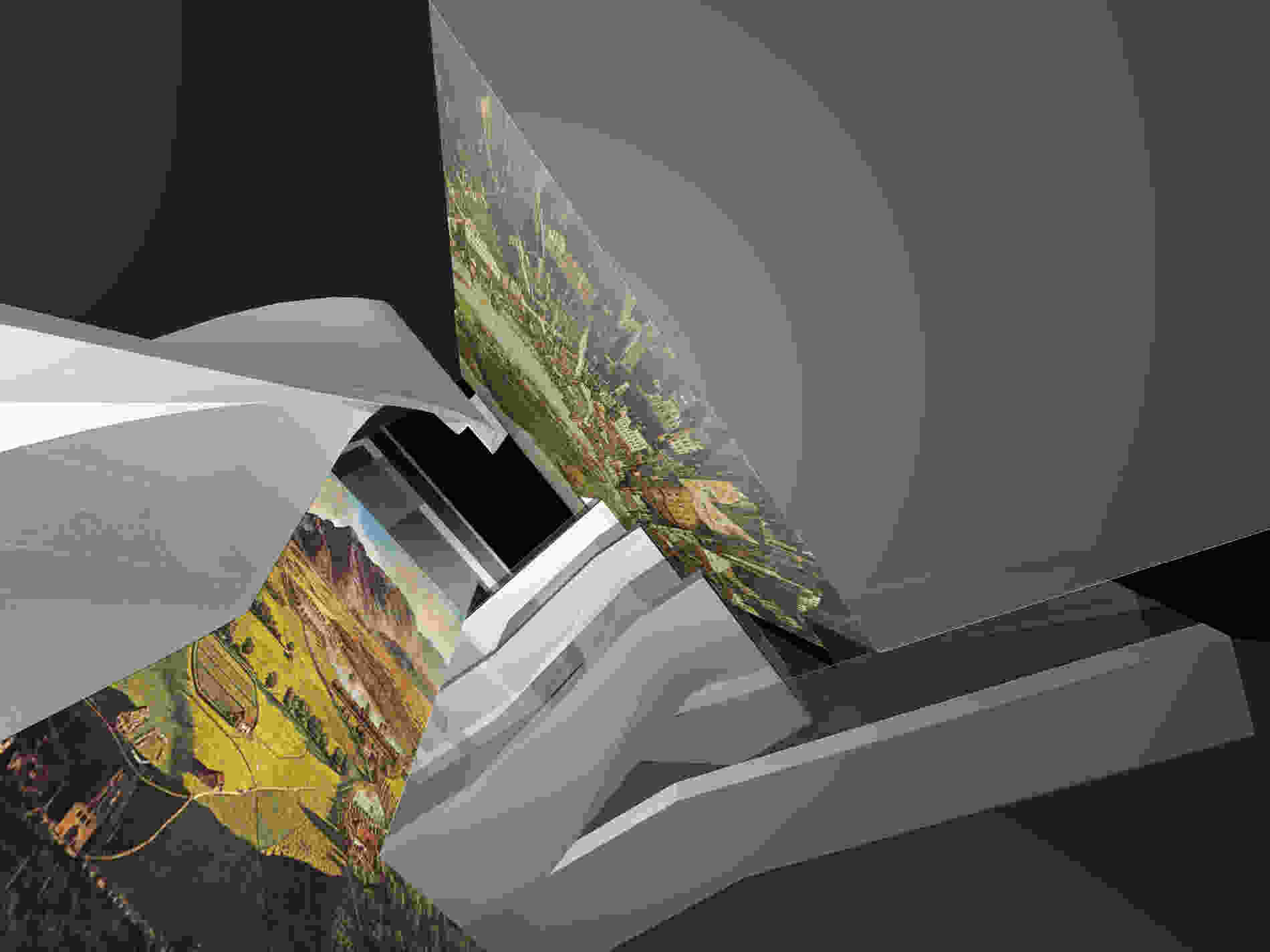 With the aim of developing an important symbol for this site and beyond, this scheme proposes a reinterpretation of the classic lift theme. As an access to the museum, this panorama lift goes far beyond fulfilling merely functional demands. Indeed, the spectacular journey up the steep rock face of the Mönchsberg itself becomes a multi-perceptional experience. The lift does not simply follow the shortest route from point A to point B, but instead traces out a path derived from the characteristic topography of the Mönchsberg. The amorphous form of the track which conducts the cabin visualises the trajectory of the cabin as it might be recorded by time lapse photography, and its manifestation as an architectonic symbol in conjunction with the rock face of the Mönchsberg.

In order to allow the entrance to take advantage of the width of the space and to ensure a visual link to existing internal elevators, the entry and exit position of the cabin of the panorama lift is positioned lengthwise and off to one side. Since the cabin does not begin its 90° rotation until after the cabin has begun its ascent, it is possible to make full use of both the longer, panoramic window side of the cabin and the floor of the lower level of the station. Still within the building, the cabin stages itself as a spatial event as it twists upward, breaking out into the open in interplay of narrow confines and vast expanse. 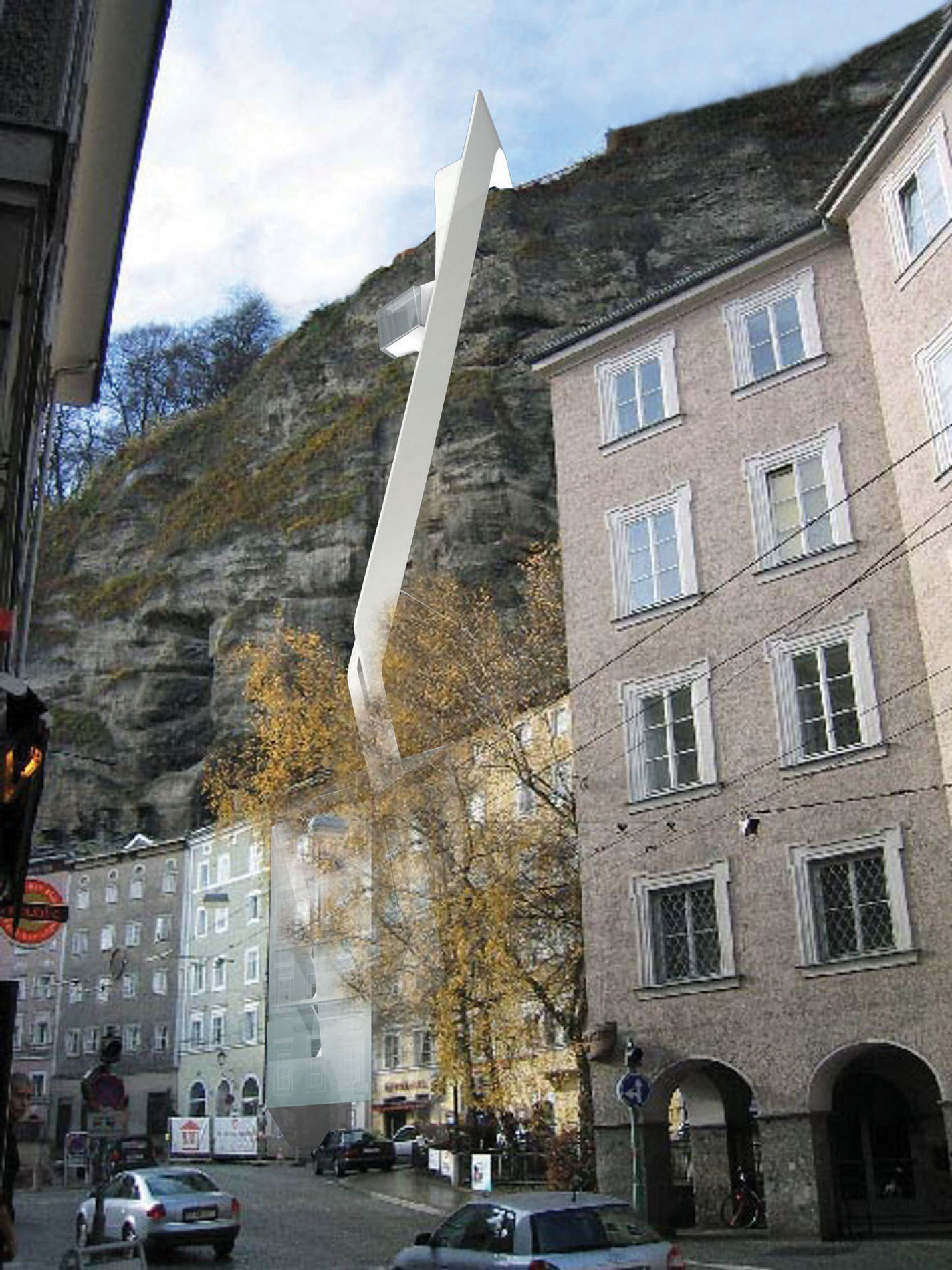 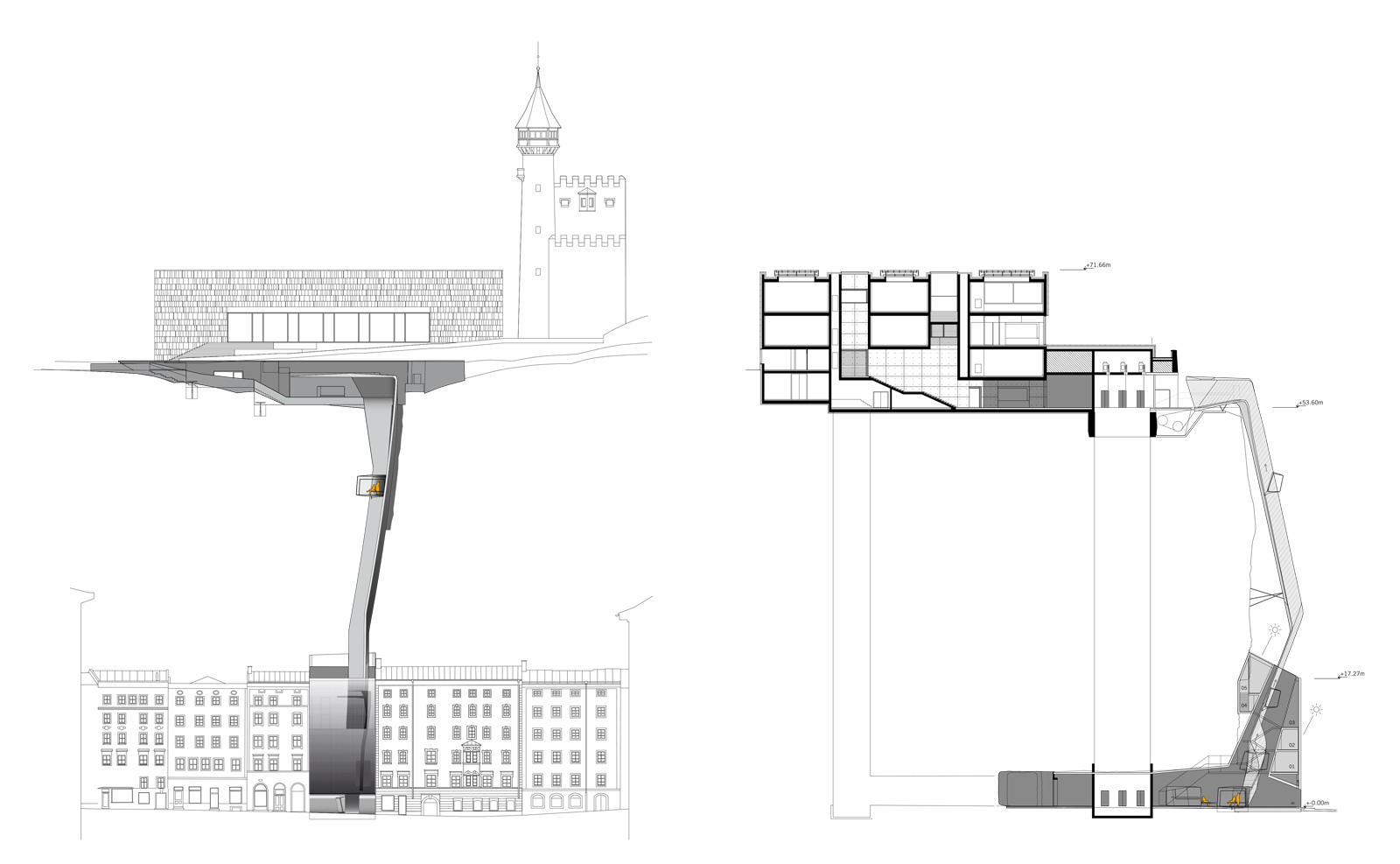 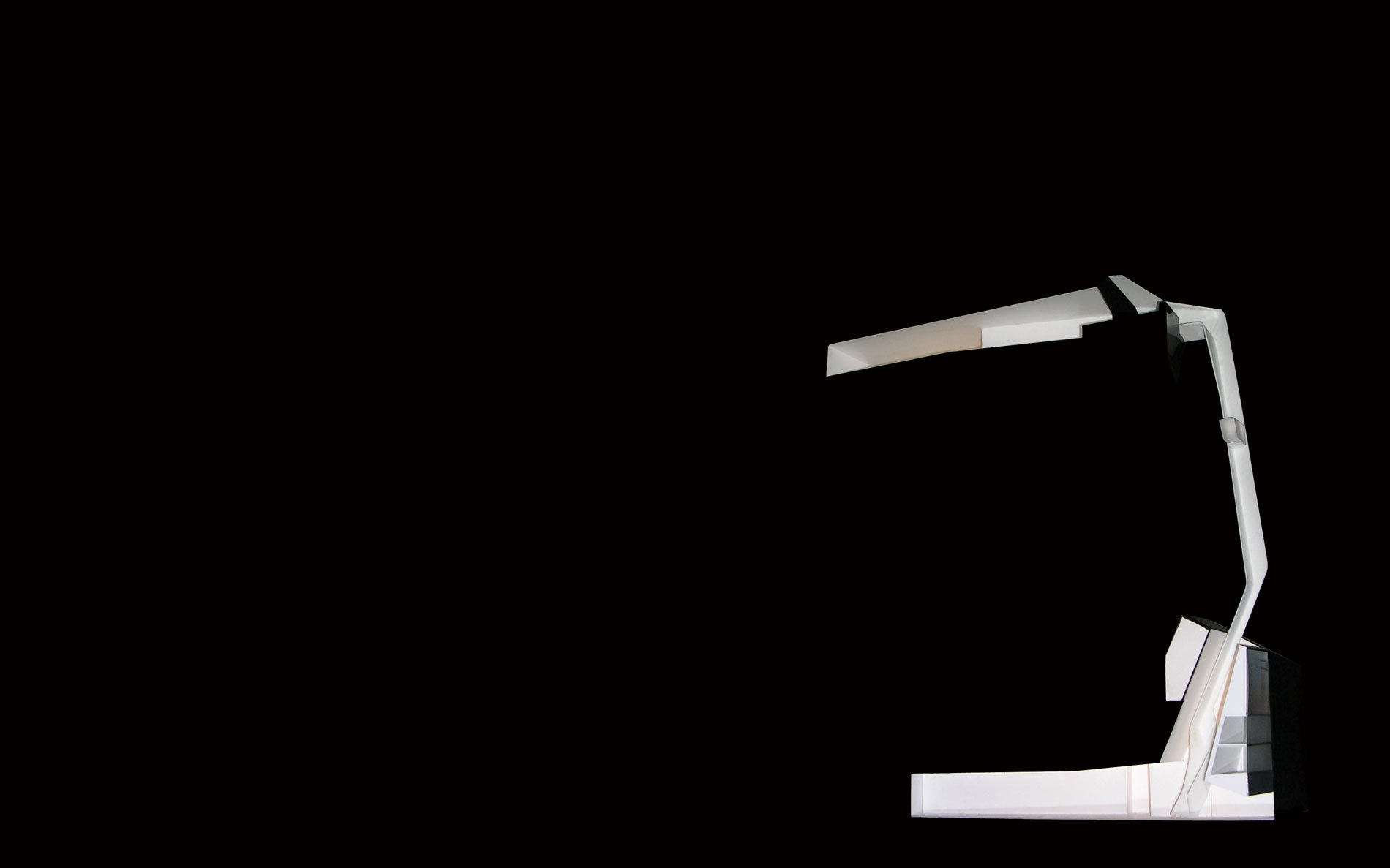 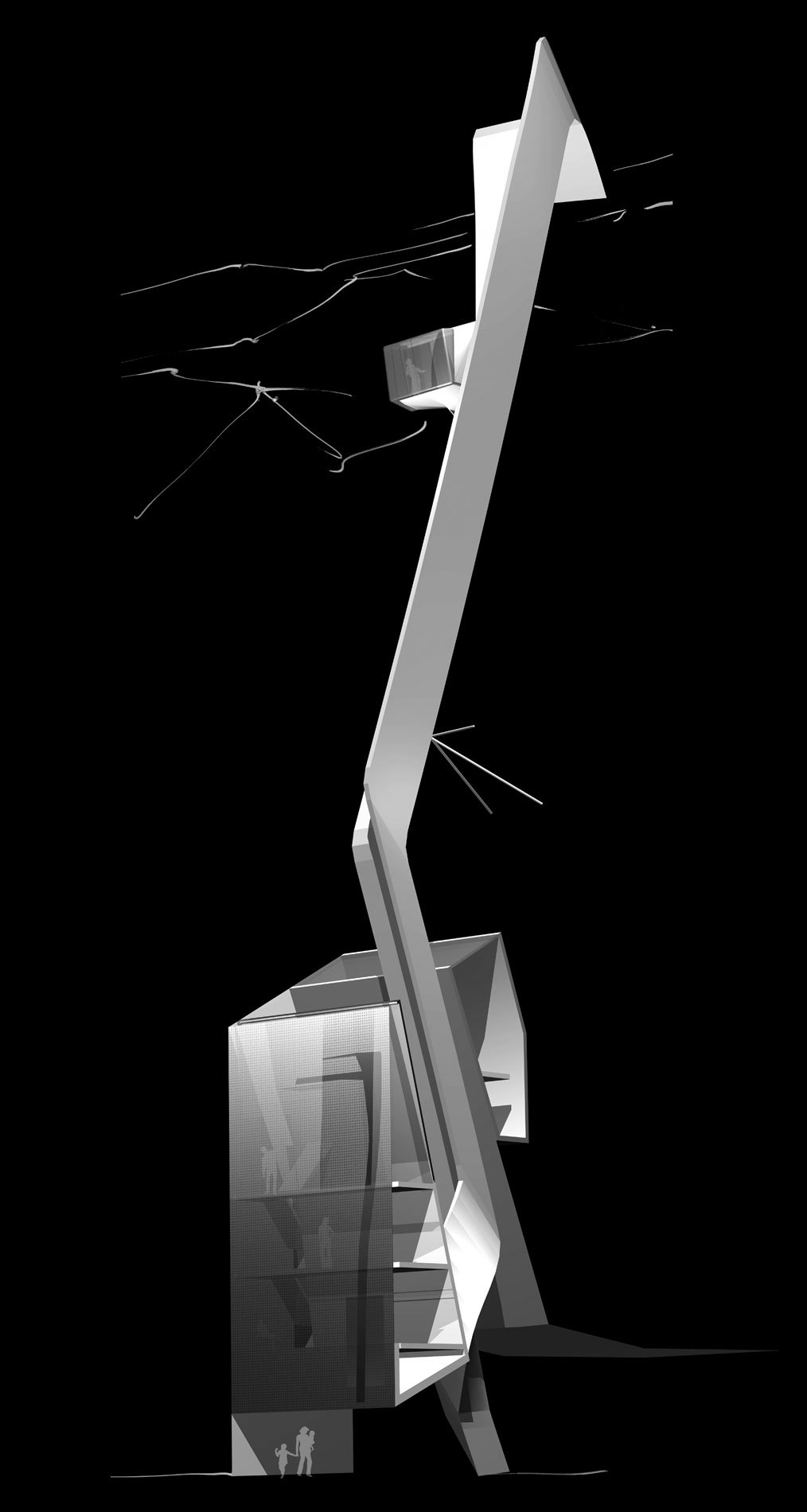 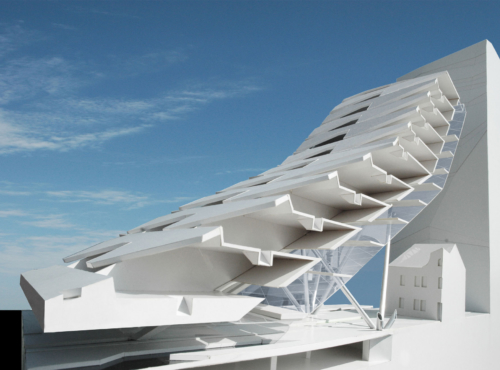 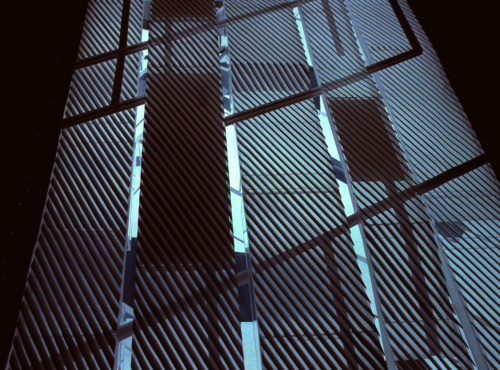