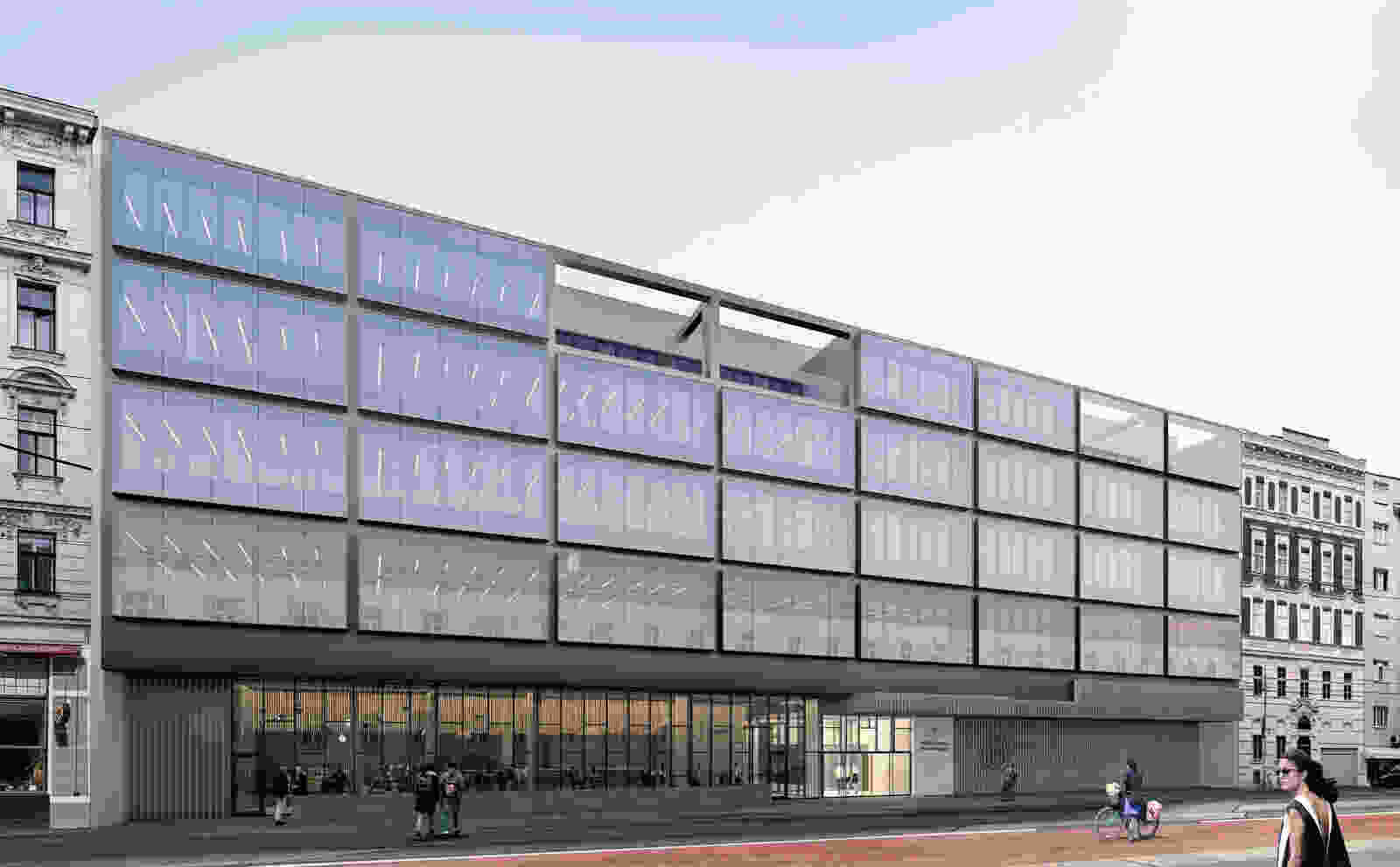 The new MedUni Campus Mariannengasse, MCM for short, is situated in an area of dense late nineteenth-century perimeter blocks, very close to Vienna’s Altes AKH. The key objectives of the project are to sensitively incorporate the complex and extensive spatial programme into the existing fabric, which includes a number of listed buildings and building ensembles, while creating a generous network of routes across the area and establishing a rich dialogue between the new buildings, with their contemporary and self-confidently articulated forms, and the existing structures.

The atmosphere generated by this interaction between historic and modern built substance is not only limited to the façades and to the aura that they broadcast in the surrounding streets and urban spaces, but can also be felt in many ways in the interiors of the blocks, as exemplified by part of the refectory, which is framed over two stories by a historic façade and remains visible for the entire height of the building in a neighbouring courtyard.

The courtyards, three in total, with their varying aesthetic accents, ensure not only the illumination of the adjacent interior functional spaces, but also additional spatial orientation and an inviting atmosphere in the base zone, which forms a generous foyer and semi-public circulation space below the raised building volume in the heart of the block. The topography of this zone, which acts as a continuation of the surrounding urban realm, serves as a covered open space, which can be used in many ways and whose “seating landscapes” invite visitors to rest awhile, chat informally or work on the move. The upper edge of this zone takes the form of a slatted ceiling, whose varying heights reflect the differentiated zoning of the foyer and the connections with the adjacent functional and external spaces and the learning and reading areas on the second floor.

Robust materials such as the fair-faced concrete of the loadbearing structure, the polished floor screed and the timber that defines the spaces of the base zone combine with the haptic quality of the textile surfaces of the furniture and acoustic elements and a colour scheme dominated by warm natural tones to lend the campus a strong sense of identity.

The urban character of this open base zone contrasts with the highly optimised spatial geometry of the floors above, which, thanks to the loadbearing structure, generous floor-to-ceiling heights and open installations, produce an easily adaptable and, hence, sustainably usable architecture.

The transparency, daylight control and fire protection characteristics of the façades perfectly support the spatial organisation of the newly created usable spaces. Compact building volumes, which are optimised in terms of building physics, and building materials, which are logically used from the perspectives of ecology, production, operation and disposal, ensure that the buildings will be used over the long term and retain their value, factors that are essential, not least due to the central urban location of the campus. The resulting invigoration of the neighbourhood and the improvement of its pedestrian permeability, represent a strong statement in support of the permanent adaptability and vitality of flourishing urban structures.

IN COOPERATION WITH
Architektur Consult 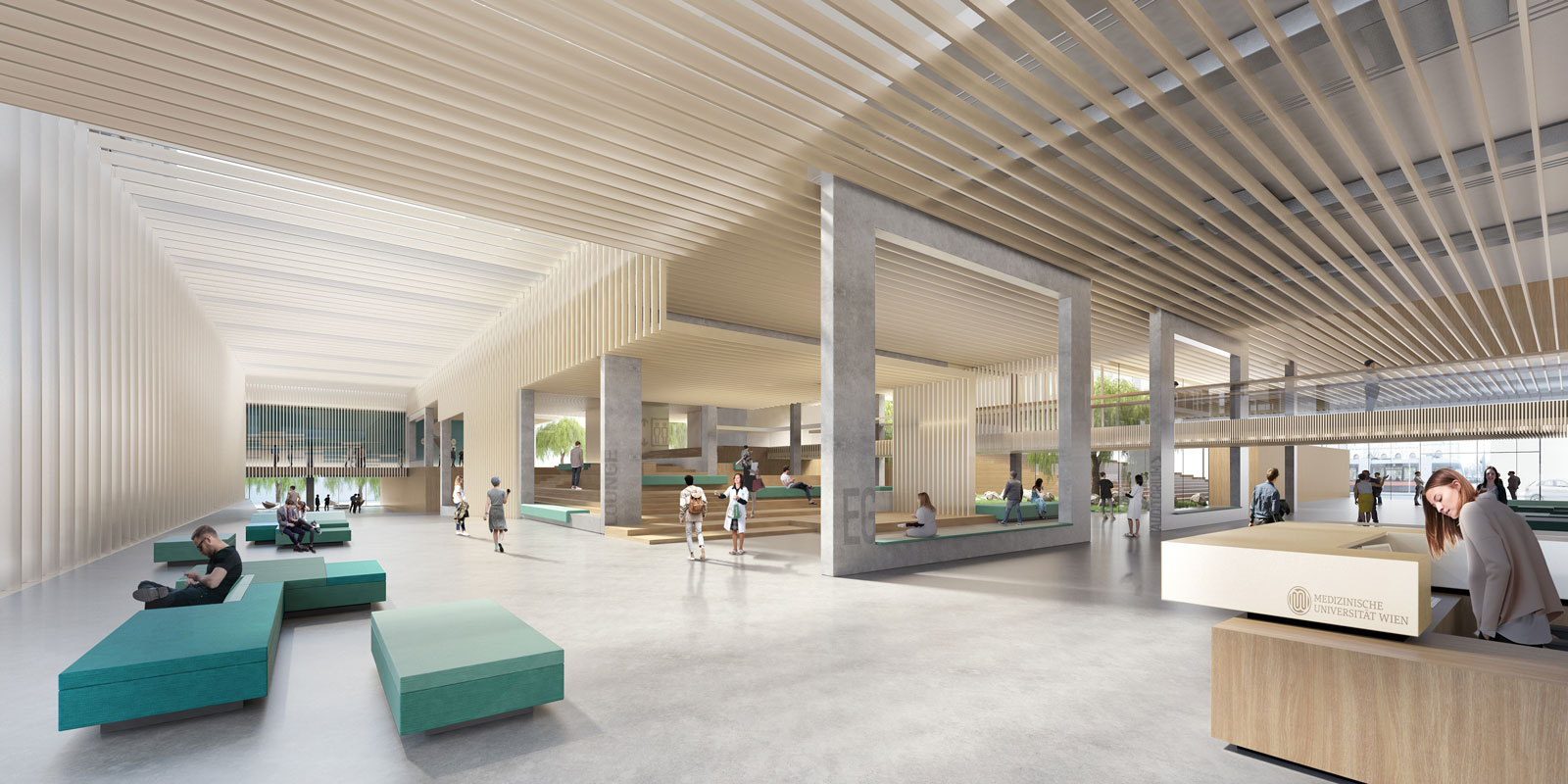 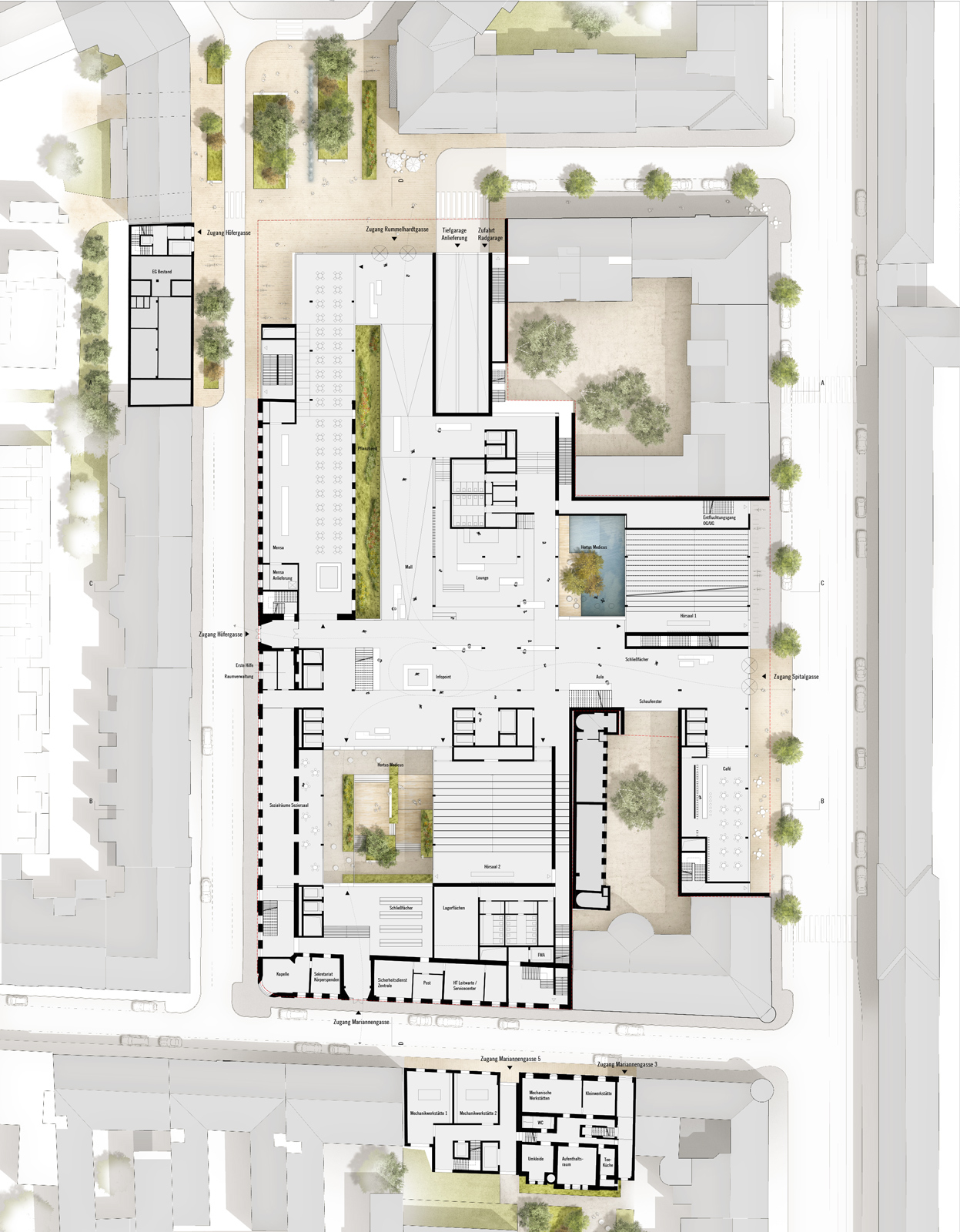 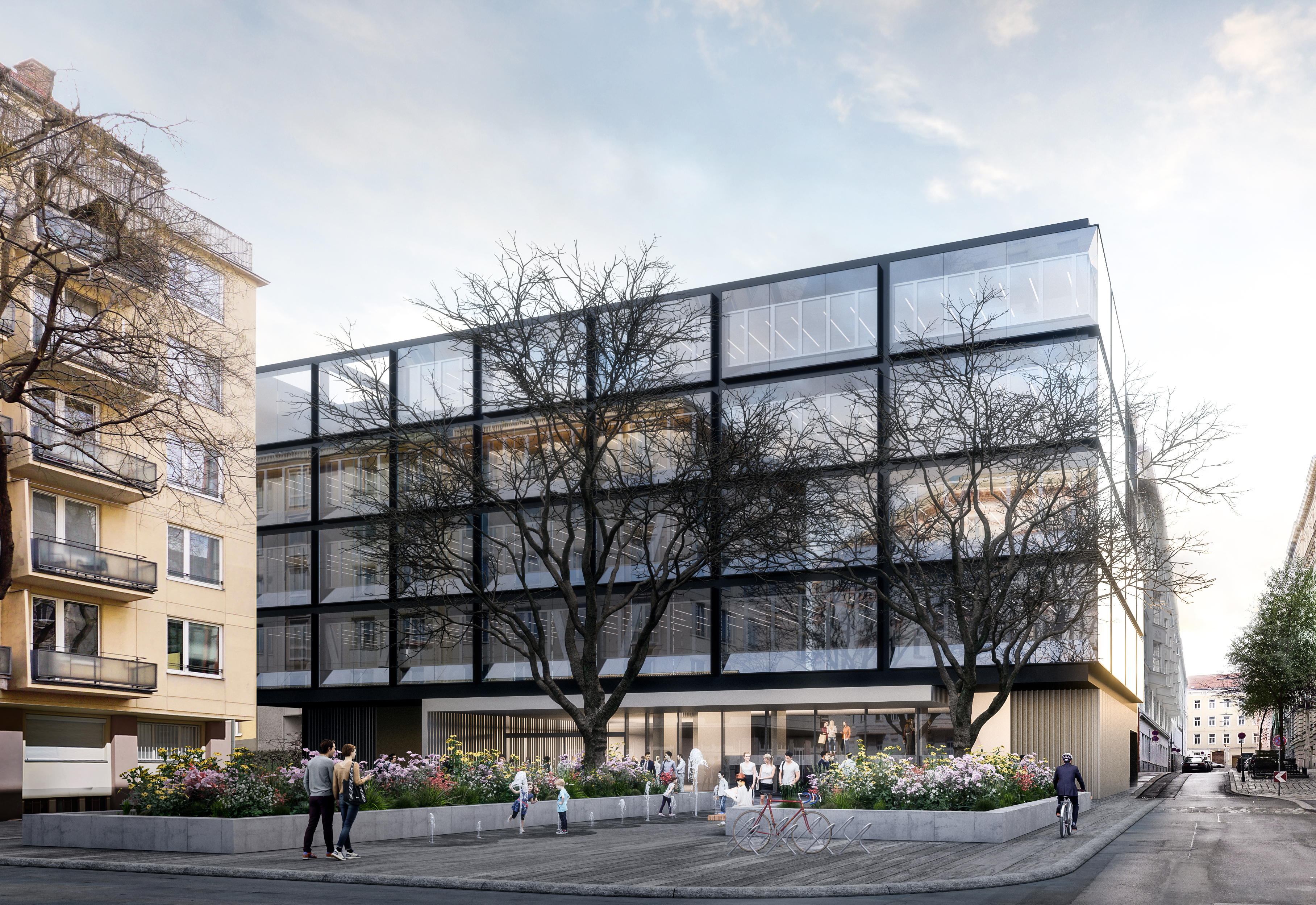 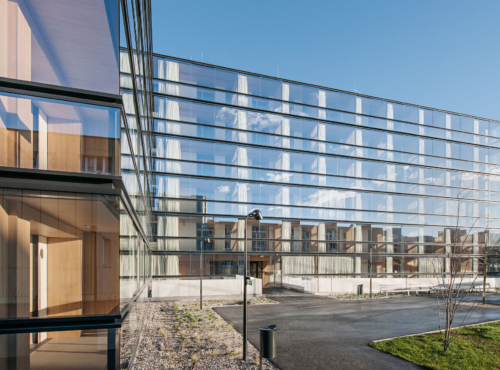