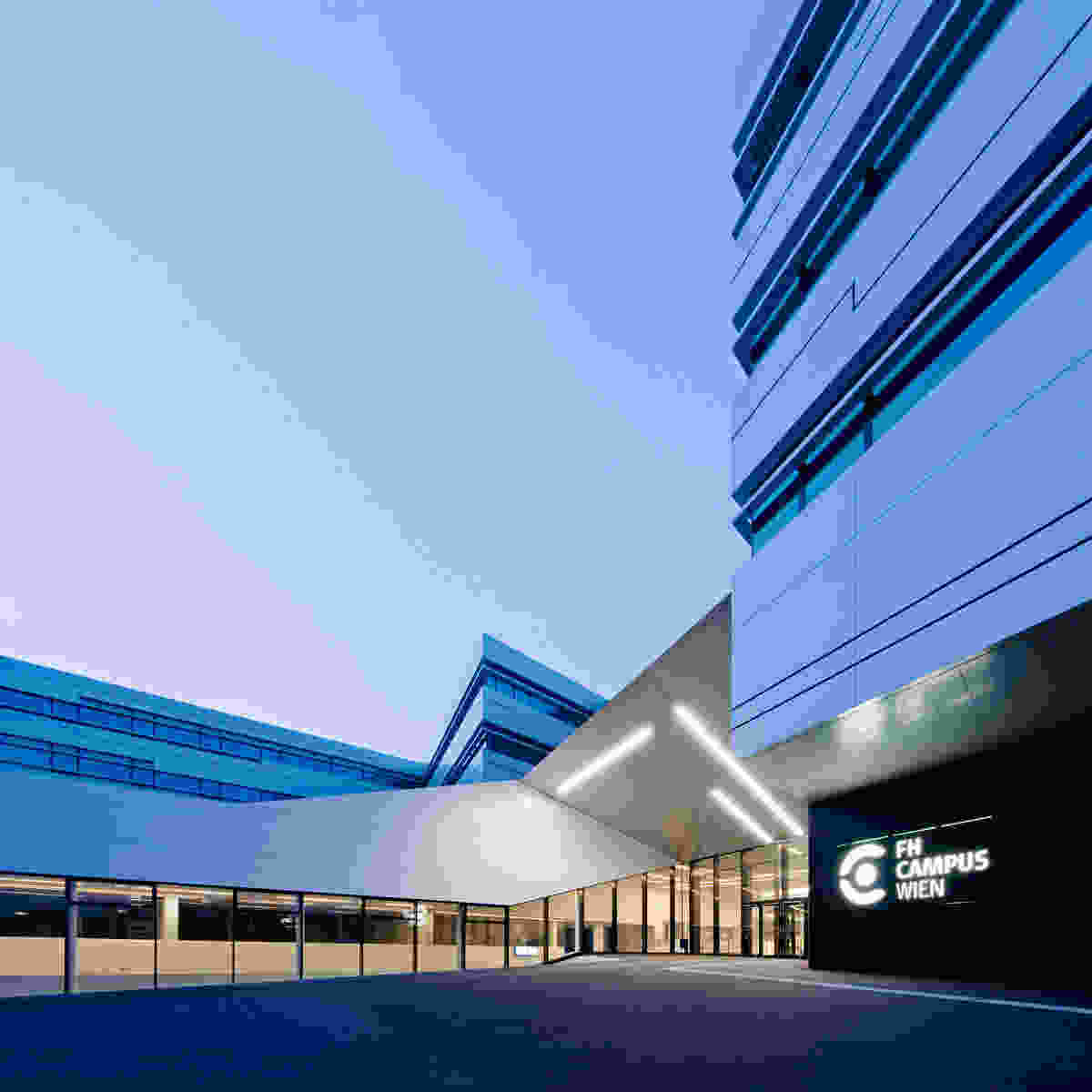 The new headquarters of the college for higher education, FH Campus Wien in the 10th district, was completed on the premises of the ‘Altes Landgut’ in September 2009.

This building is an addition to the range of completed buildings by Delugan Meissl Associated Architects and is one of their many, already realized architectural and social contributions to the future-oriented development of the districts and the city.

“The winning project for the new building of the ‘FH Campus Wien’ represents a free-standing solution in form of a dynamic and open structure with a high and promising potential in regard to possible future requirements.’ Extract from the jury printout.

The location of the site is characterised by partly antithetic factors: it is situated between a wide, softly south-sloping hill as part of a green space, and two heavily trafficked roads. Thus, the site’s character oscillates between being defined by a wide landscape and an inhomogeneous road environment. Architectural and topographic components define the thread behind the idea for the design: a crossover between the characteristic inner-city block structures and the spread out construction density of the periphery, as well as between the landscaped leisure area ‘Volkspark’ and the natural green belt on the South-West of Vienna.

It is a free-standing horizontal building, although not a solitaire embedded and architecturally conceived in order to absorb the existing circumstances and reformulate them according to its own assignation. The rise develops moderately, departing from the roundabout and then distinctively ending in the south.

‘The building responds to the particular topography of the location. Its shape mirrors the dynamism of the FH Campus Wien.’ Dietmar Feistel, Partner DMAA

The building encompasses two courtyard-like open spaces facing west and east. Two flexed bracket Buildings open towards them. These distinctive elements rest on a partly two-storeyed archetrave /plynth/base. Its functional and creative concept is accompanied by a surrounding external space which is softly modelled in footprint and section. The reception area, assembly hall, library, festival room and cafeteria are aligned in sequence along the varying heights of the central area.

The traffic pattern and designated use of these areas compose a bright volume which is pervaded by visual and atmospheric relationships. Bridges, sitting steps, functional- and air spaces alternate creatively and result in an internal space structure. The interiors merge unhindered with a variety of open spaces: the canteen opens into a broad, open terrace; in the north-east, a gravelled slope leads to the festival room which holds the function of visual barrier and closure at the same time. The rooftops of the base area are planted with lavender, reminding of the former crops that grew on the region’s land. Seminar rooms, labs and the administration Offices are situated in above lying angled wings that lead into clear pathways and extended corridors along the window fronts. Corridor recesses and recreational Areas alternate rhythmically and are highlighted by the incoming natural light.

On all levels, the pathways and functional areas fuse together, forming internal spaces that are not clearly assigned. The disposition of the furniture inspirits possible ways of use, but their ultimate designation is left to the users.

The monochrome appearance of the interiors is revived by a permanent, playful application of black and white nuances, as well as different grades of shininess of the materials. Light and shadow effects create constant and subtle changes during the course of the day. The design of the façade is multilayered. Narrow pilaster strips stabilise and define the rhythmically positioned height of the horizontal window disposition. Black lines on the extensive walls create an effect to scale. Recessed ribbon glazing give the outer appearance a three-dimensional effect. 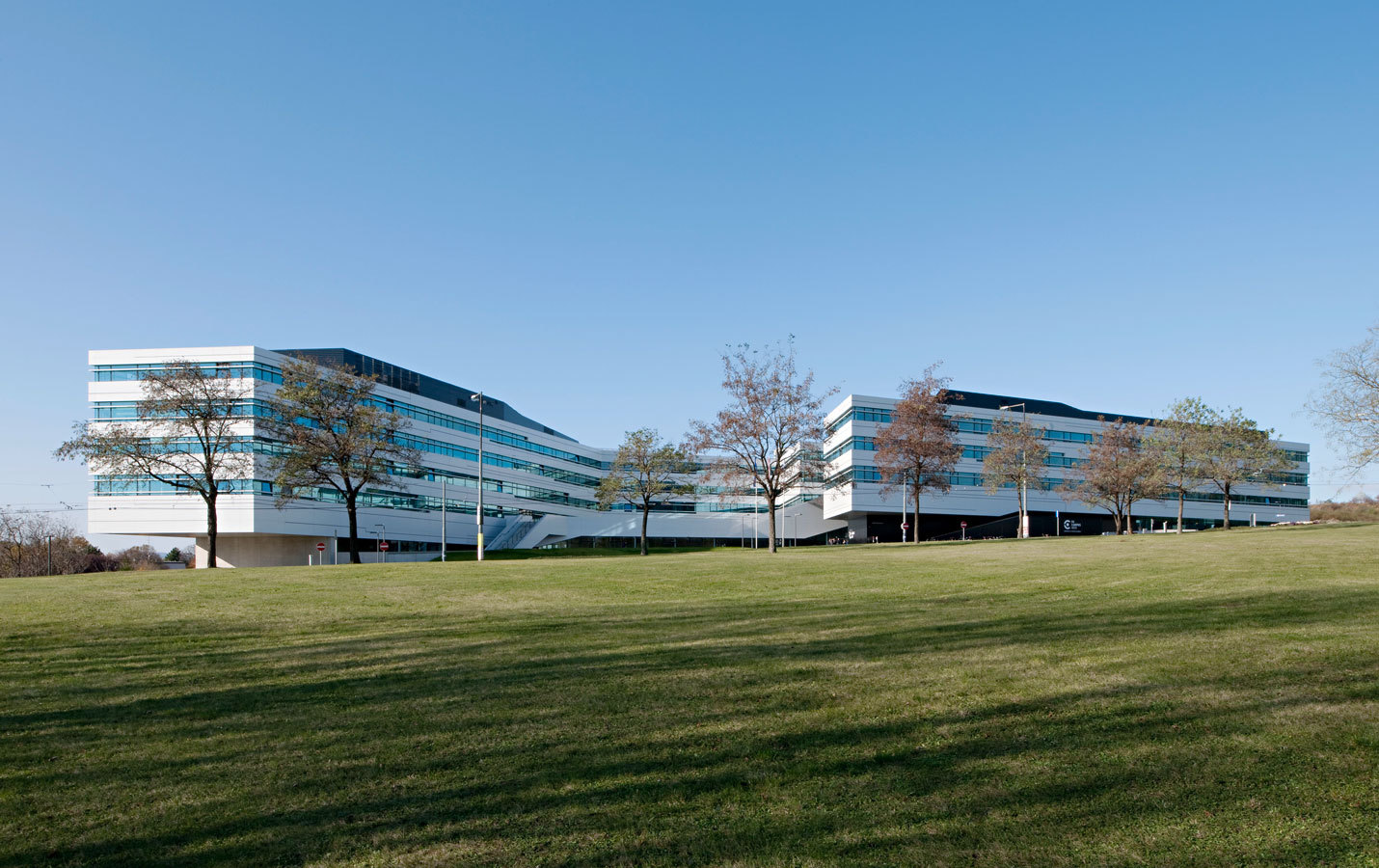 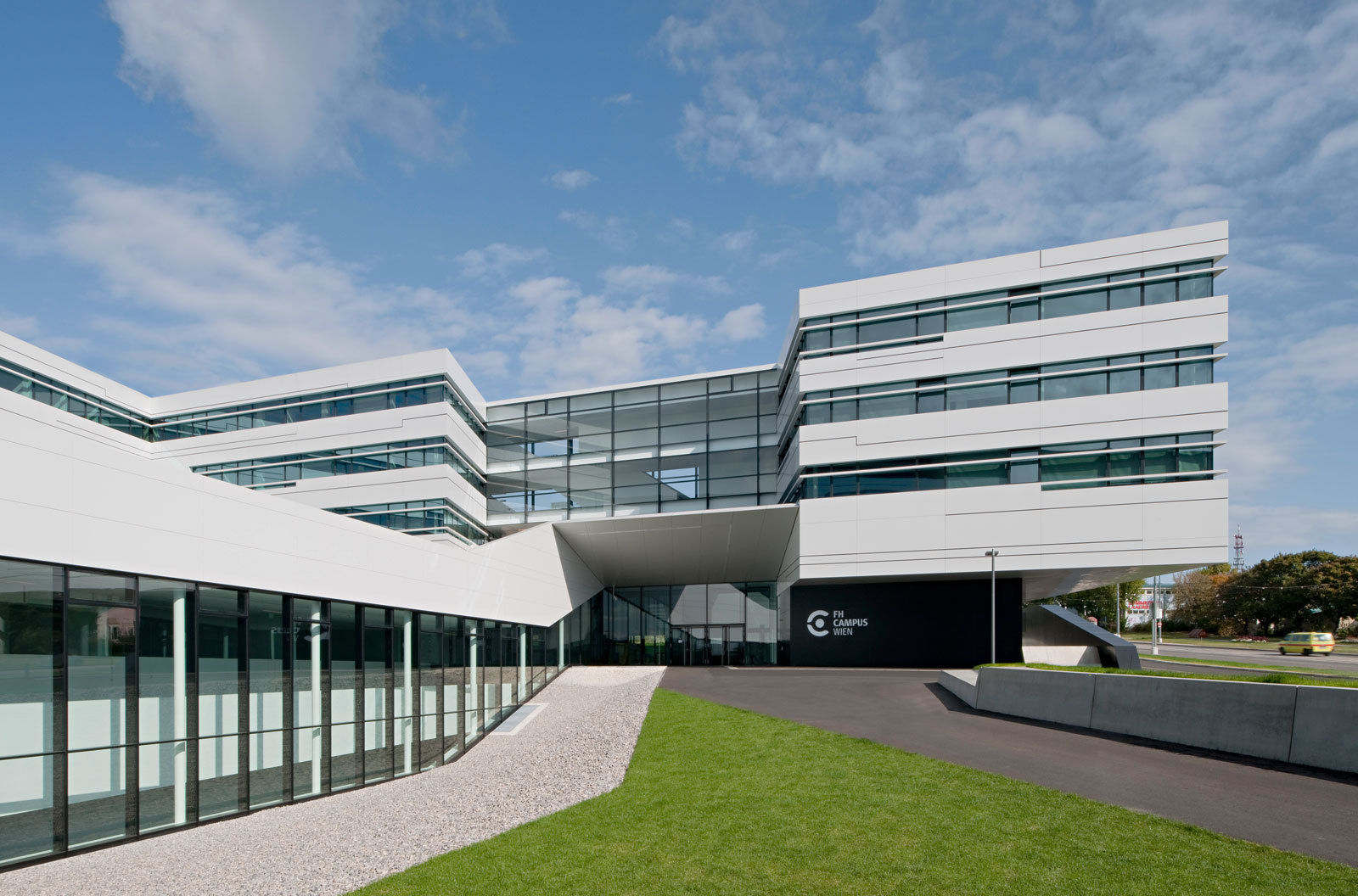 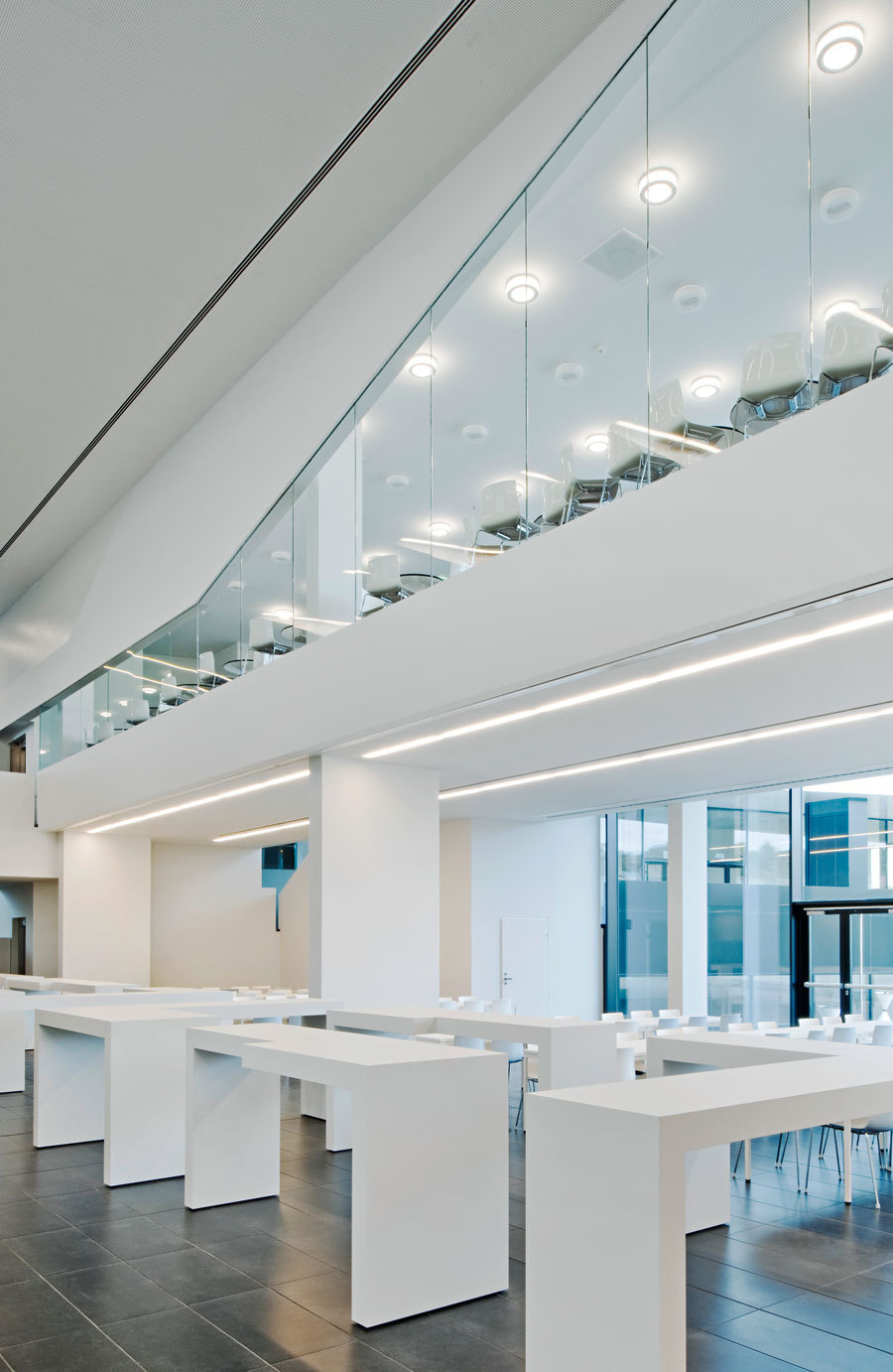 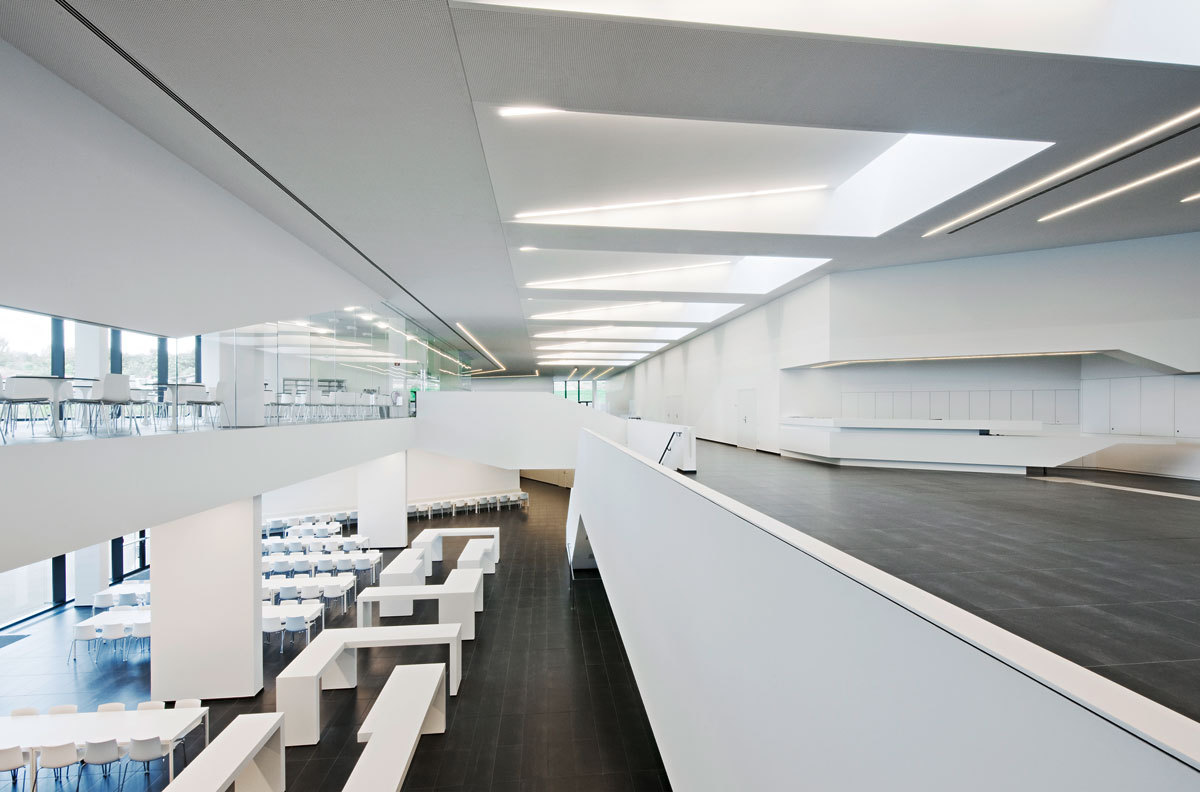 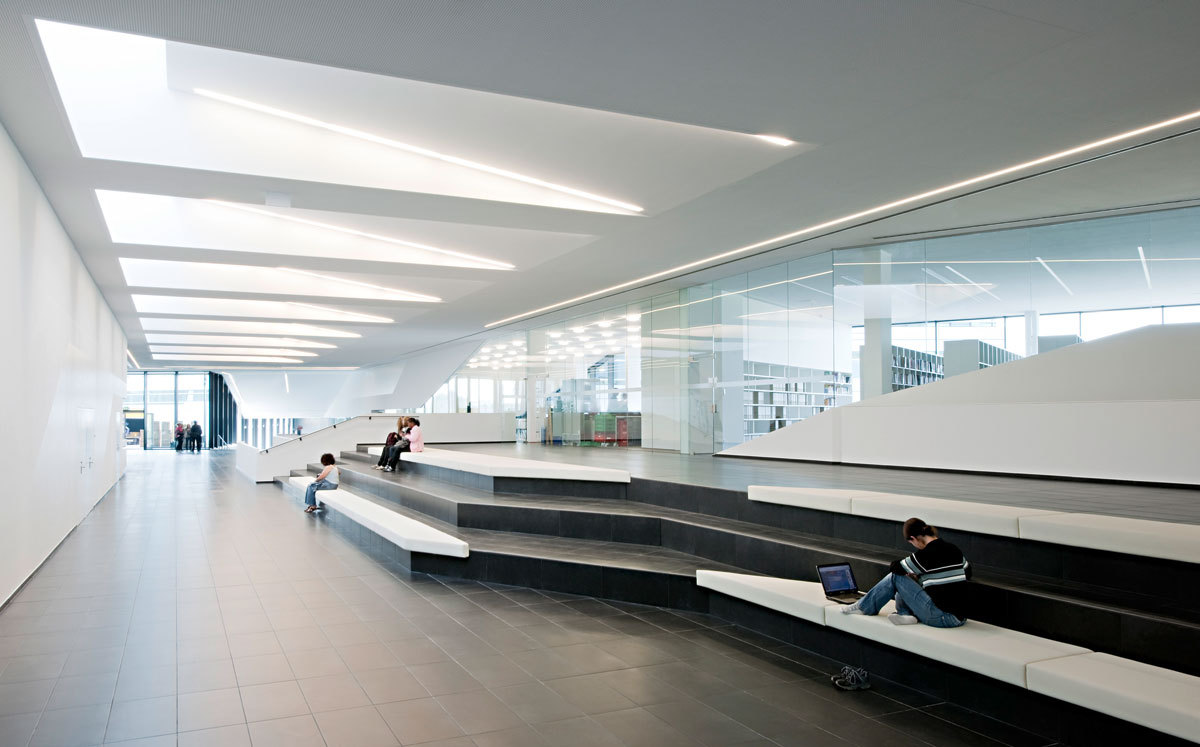 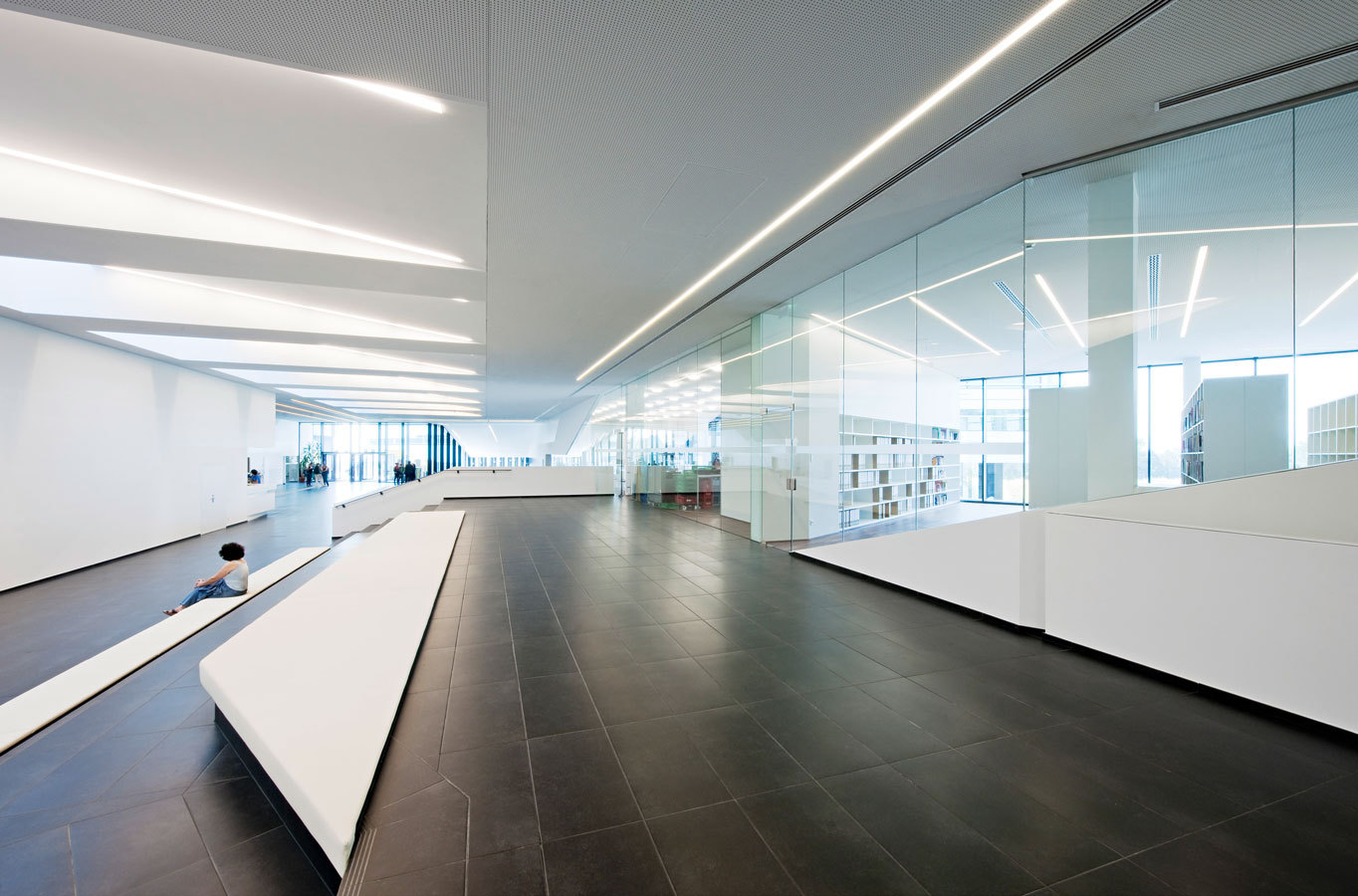 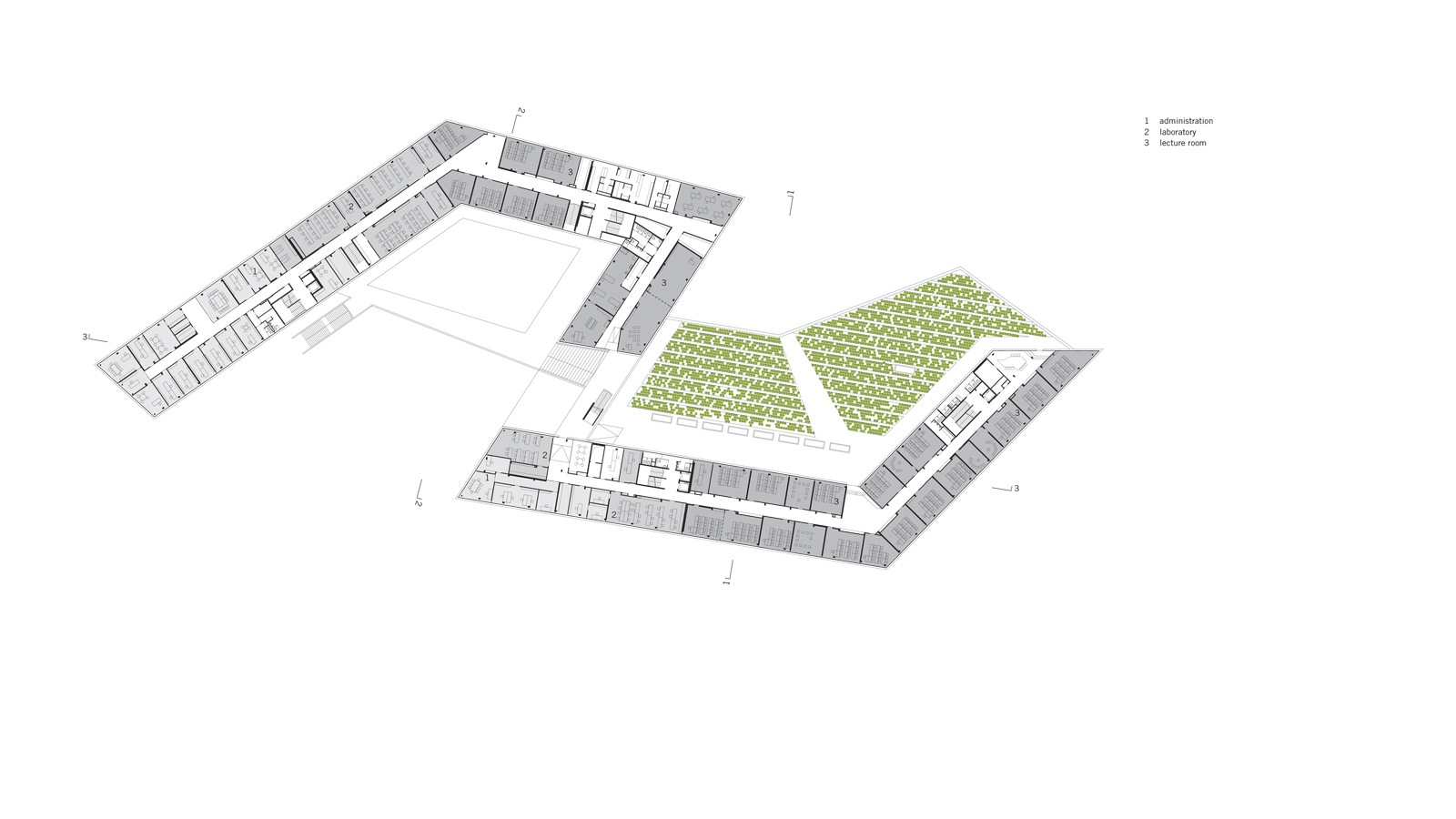 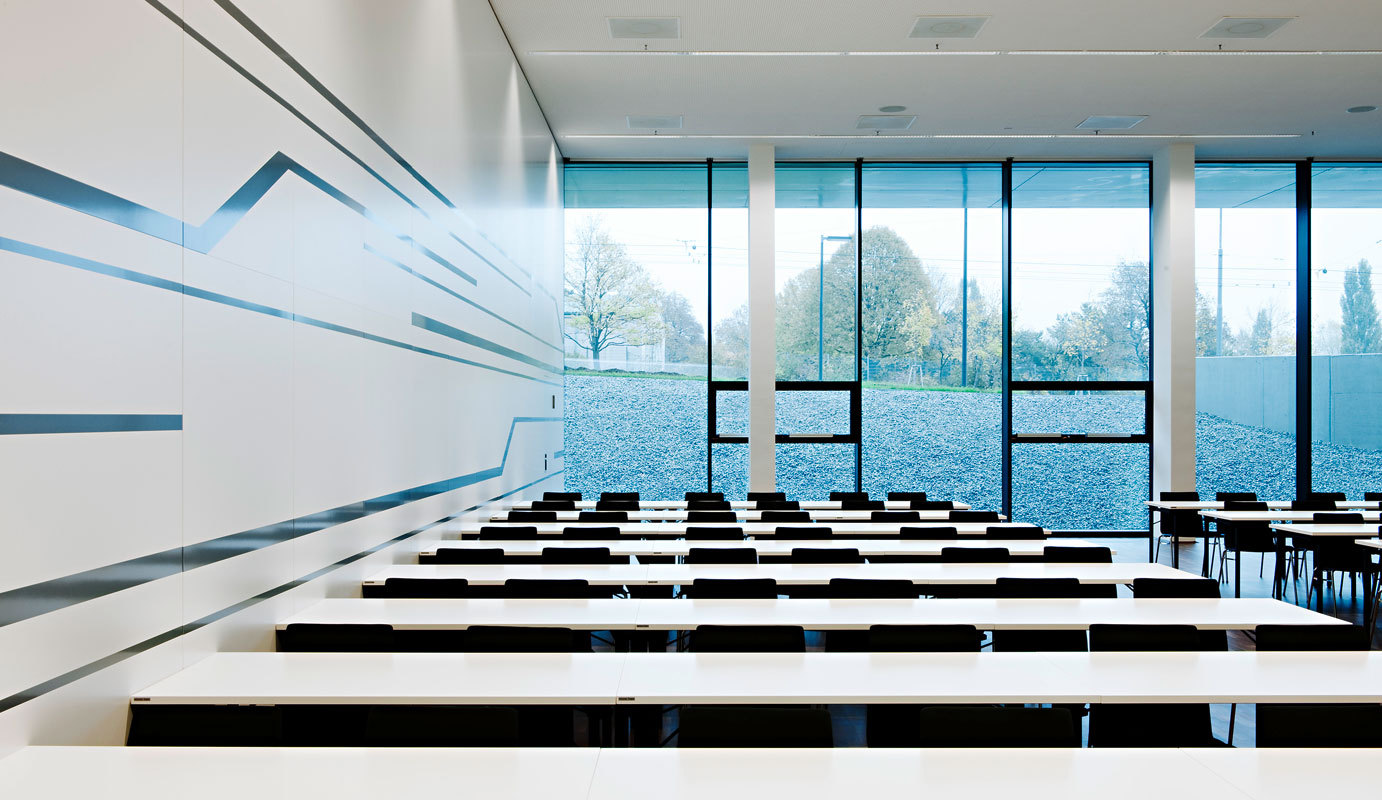 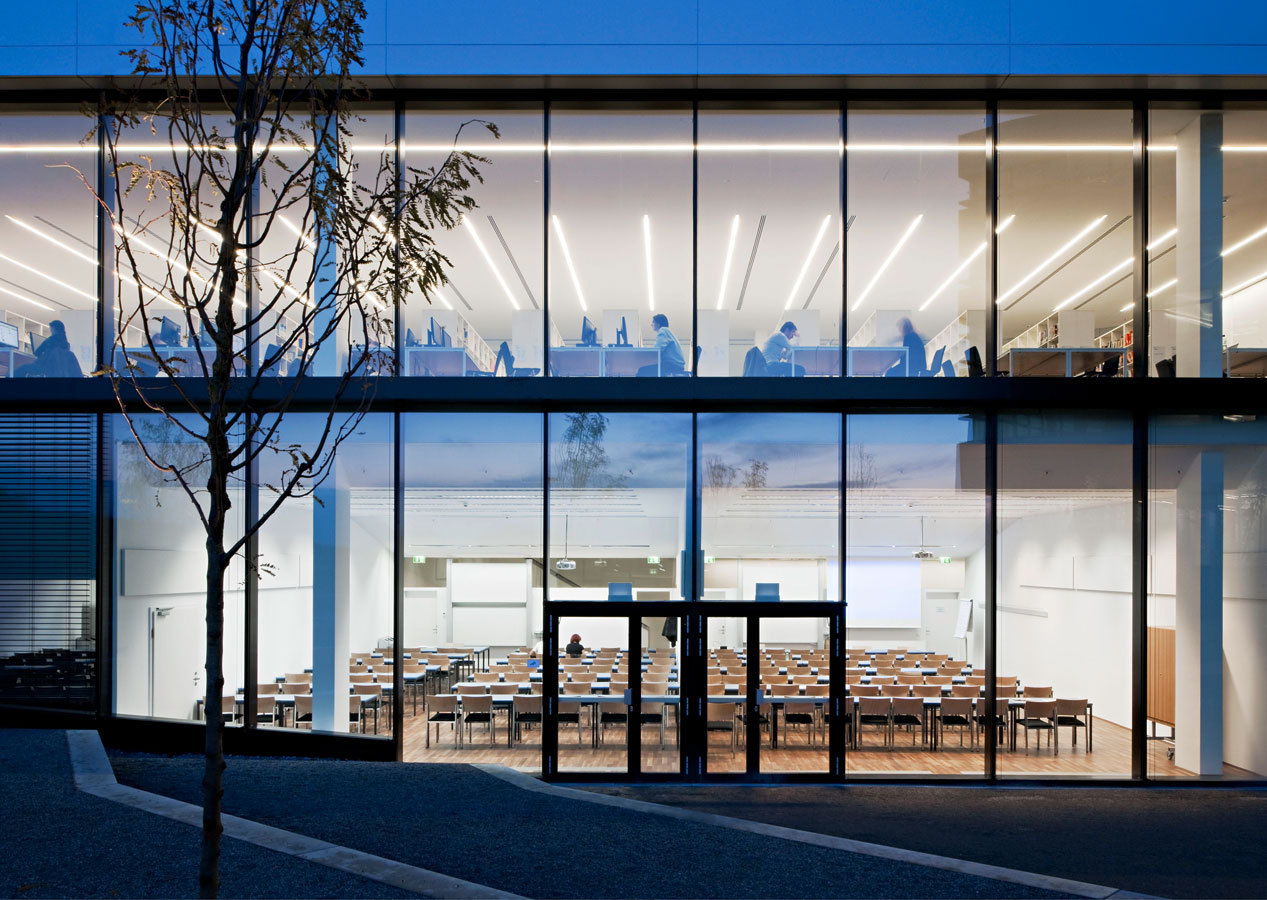